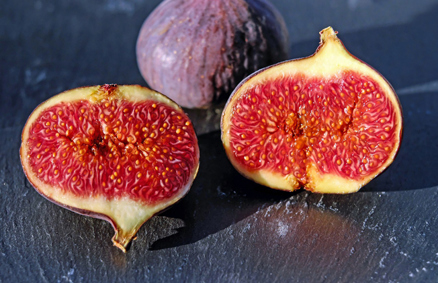 On the drive for self-actualization vs. rectifying the world and harnessing these drives in the individual's service of G-d. How does this connect to ma'aser rishon? Plus a visit to Beror Chayil, featuring the gavel from the Partition Plan discussions.

When a major general is told that he will not be promoted to be the next chief-of-staff, he feels deeply disappointed—sometimes to the point of resignation. For some reason, lower ranking soldiers do not feel they were slighted in any way. No travesty of justice has occurred. "Who says that everyone needs to be promoted to chief-of-staff"? He'll tell himself. It seems, then, that it is precisely when a person is already at a higher level than the rest of the population, he is pained if he cannot climb even higher—even if he has already attained much more than others.

This, it seems, is Korach's story. Korach was no simple fellow. He was one of the Levi'im charged with the most sacred components of the Levitical service—he was even one of the bearers of the Ark! The Levite commando unit, indeed. In light of his high-ranking position, he wanted to scale the next summit: to become a Kohen. Because he was not able to achieve this position, he argued, everyone should be on equal footing: "Since the entire congregation is sacred."

If we could probe the depths of Korach's soul, we would understand his pain. Everyone wants to fully express their talents and abilities; if just when they have progressed tremendously, they are told to stop, anyone would be left smarting. Everyone sometimes has this feeling. How should we cope in such cases?

Of course, we can always offer the simple answer: "This is G-d's will, so there's nothing to argue about. G-d is the one who decides which role each person will be given. You were assigned a specific role—that and no other. This is the truth, so accept it." While this is entirely true, the heart often has a difficult time accepting it: "Why did he achieve more, to draw closer to G-d, but I am told to stop in my tracks?"

The answer lies in the relationship between two drives in man's soul. One is the drive that motivates man to actualize himself. This is a wonderful, lofty drive, which ensures that man's hidden potential will manifest itself and be used to rectify the world. There is another drive, though: man's aspiration to serve a higher purpose, to be part of the tremendous project of rectifying the world. The proper order is that our primary motivation should be to make the world a better place. What should follow is our desire to actualize our potential. When this order is reversed and self-actualization becomes the driving force, the situation turns dangerous. We see this happen often in various situations—especially in politics, but not only there. We see how people, in their burning desire to advance themselves, trample on basic values and beliefs that they themselves had espoused until not long before. They easily find an appropriate—but patently false—excuse, which coordinates between their personal desire for self-advancement and the ideology that they preach. However, even when the desire to rectify the world is in the driver's seat, people might try attempt to improve the world as they see fit. This can also be extremely destructive; just look at Communism (and most "isms," for that matter). To avoid this pitfall, man must subjugate himself completely to G-d's will, knowing that this is the only way to make His world a better place.

It is only when we have struck a certain harmony within that we can perform the specific task we are charged with in the greater picture of rectifying the world. When this is true, it doesn't matter what outpost the general tells him to guard; he can fulfill his potential to the utmost through performing his job there, in the best way possible. Had Korach truly understood his role, and internalized that his position was the best way for him to fulfill his job in life, he would never had looked for other "higher ranking" positions.

What is truly the job of the Levi'im? It seems we can find the answer in the gift that they receive as compensation for their service: ma'aser rishon, the first tithe. While this gift is the property of the Levi'im, it is not sacred. In contrast to teruma, Levi'im can give ma'aser rishon to anyone they please, and everyone can partake of it. Ma'aser rishon can even be eaten by someone impure and when the ma'aser itself is impure; teruma, on the other hand, must be pure and consumed in a state of purity. Despite this all, ma'aser rishon is still called teruma by the Torah: "For it is the tithes set aside by the Israelites as a gift (teruma) to the L-rd that I give to the Levites as their share" (Bamidbar 18:24).

Ma'aser rishon expresses sanctity, but it is the sanctity of the mundane. It can be sold anywhere and to anyone; nevertheless, its inception is sacred. This is no shameful matter, or a lesser honor—it is simply his job. Carrying the vessels of the Mishkan, guarding the Temple gates, and singing might seem less exalted, less sacred, and perhaps even less "important." But in this manner it is possible to arrive at the summit of their self-actualization, and in this way become full participants in rectifying the world—no less than anyone positioned at a different outpost.

One of Korach's descendants was Shmuel HaNavi, who "entered the service of the L-rd under the priest Eli" (I Shmuel 2:11). Shmuel did not attempt to become a kohen; he simply performed his personal duties to the best of his ability. It is no wonder that he merited to renew prophecy and become one of the greatest prophets, as great as Moshe and Aharon put together. And no one was more fit than he to anoint the first kings of the Jewish nation, which was a new stage in the redemption of the Jewish People in its land and in the revelation of G-d's kingship in the world.

"Donkey drivers and home owners who journey from place to place may eat [of untithed produce] and are exempt until they reach their destination. For this reason, if the home owner designated a specific house for him, if he sleeps there, he is obligated to tithe. If not, he is exempt from tithing. An incident occurred when Rabbi Yehoshua went to Rabban Yochanan Ben Zakkai at Beror Chayil, and the city residents brought out figs for them. They asked him: Should we tithe? He replied to them: If we sleep over, we are obligated to tithe; if not, we are exempt from tithing." If one comes to a place where he will sleep—even if he sleeps for two hours, he must tithe. Rabbi Meir states: Once one arrives at the place one will stay for Shabbat, even if it is Monday, he is obligated to tithe. (Tosefta Ma'aserot 2:1-2)

According to the halacha, it is permissible to eat (as a snack) from crops even at a stage of gemar melacha (the final stage of a crop's preparation process), without separating terumot and ma'aserot. That is when one intends to bring the produce home, but has not done so yet. Similarly, the Mishna states that peddlers are allowed to partake of the produce they are transporting until they reach the place they intend to sleep. This place, for tithing purposes, is considered the equivalent of their home, which obligates them to tithe the produce. The Tosefta relates an incident with Rabbi Yehoshua ben Chananiya, resident of Peqi'in of Judea, who went to visit Rabban Yochanan ben Zakkai, who lived in Beror Chayil in his later years. Rabbi Yehoshua came to the conclusion that the law pertaining to himself, as a peddler on the journey, was that he would need to separate terumot and ma'aserot (he could keep the ma'aser rishon for himself, though, as he was a Levi) the moment he arrived at the place he intended to sleep at—even if he would only sleep there briefly, for two hours.

The light of the candle and the UN at Beror Chayil

Beror Chayil is linked with Rabbi Yochanan ben Zakkai; when the Sages (Sanhedrin 32b) suggest following Torah scholars to their place of residence, they recommend following Rabbi Yochanan ben Zakkai to Beror Chayil. The name Beror Chayil was preserved by the Arab village Bureir until the War of Independence, which located at what is today the Sederot area. It was home to various Arab gangs.  During the War of Independence, several days before the Declaration of Independence, the kibbutz Beror Chayil was founded there, restoring the ancient name. While the kibbutz was founded by immigrants from Egypt, it is more closely identified with immigrants from Brazil who joined the kibbutz later on. The Brazilian kibbutz members, it seems, were the impetus for Dr. Emolides Aranha , son of the Brazilian president leading the UN General Assembly during the Partition Plan discussion, Oswaldo Aranha, to donate the minutes and gavel that closed the discussion  ( the minutes were transferred to  the State archives in 2005, but the gavel remains on display in Beror Chayil). During Hadrian's rule (117-138 CE), there were decrees prohibiting circumcision and marriage. To notify neighbors about the clandestine ceremony, the residents of Beror Chayil would light candles on their windowsill either during the day or more than usual at night. From here, "or haner be-Beror Chayil," "there is candlelight in Beror Chayil" became the code for "there is a festive meal in Beror Chayil" (Sanedrin 32b, Rashi). Not surprisingly, the kibbutz next to Beror Chayil is called Or HaNer (candlelight). 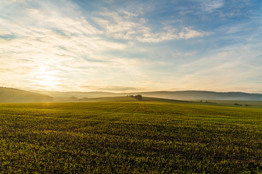 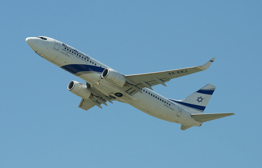 Chukat: The Purification by the Wicked 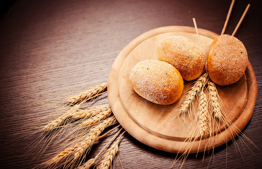 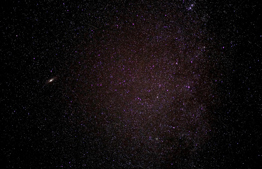