Rosh Hashana: Number of Seeds in a Pomegranate 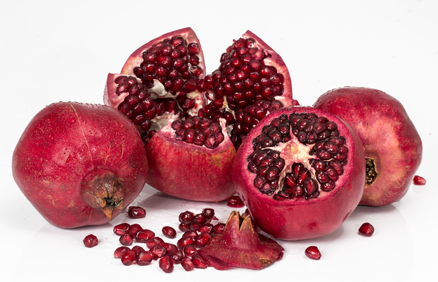 Does the Pomegranate (Rimon) have 613 seeds, and the Orlah problem of root suckers of pomegranate – for Rosh Hashana

The Number of Seeds in a Pomegranate

We customarily eat a pomegranate on Rosh Hashana night, saying: "May it be Your will … that we be full of merits like a pomegranate." Many use a pomegranate for their shehechiyanu on the second night.

The Chatam Sofer writes that there are 613 seeds in a pomegranate, parallel to the number of mitzvot. It seems that this is not a precise scientific determination, but rather rooted in Jewish thought and halacha. Yet, there are those who claim that the pomegranates from the Chatam Sofer's time had an average of 613 seeds, or that there were rare pomegranates with exactly that number. Today, in any case, pomegranates have anywhere from 200 to 1,200 seeds (you are welcome to count for yourself!).

Pomegranate trees sucker extensively. While the mature tree already completed its orlah years, and its fruit is permitted, a root sucker growing alongside it can produce fruit by its second year and will be orlah (a Torah prohibition)!

In general, kashrut agencies ensure that farmers cut off root suckers, or at least mark them so that orlah fruit will not be harvested.

If you have a pomegranate tree in your yard, it is important to be aware of suckering, and either cut off suckers or mark them with marking paint.

This phenomenon occurs at times also with olive trees, fig trees, and others.