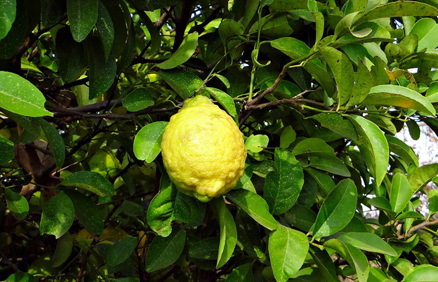 Yemenite etrogim sometimes change when planted near lemon trees. Explanations for the phenomenon and the halachic status of such etrogim.

One of the distinct characteristics of the Yemenite etrog is the absence of citrus kernels inside the fruit. In my garden, a Yemenite etrog tree was planted next to a lemon tree. As time went on, the fruits changed and the etrogim grew with citrus kernels inside. Rabbi Ratzabi relates to a similar case, and concludes: "from now on it is prudent to publicize that etrog and lemon trees should not be planted side by side, and not even near etrog trees that might be grafted." What should I do with my etrog tree now?

In the responsum that you refer to above, Rabbi Yitzhak Ratzabi wrote that when an etrog and lemon tree are planted within 7.5 m from each other, the roots of each tree influence one another. This could be either because roots graft onto one another or because of the roots simply being close to each other. This is the reason why, in his opinion, some etrogs grow with juice vesicles (a.k.a. citrus kernels) and some do not. As you mentioned in your question, he concludes that one should not plant etrog trees next to lemon trees or grafted etrog trees.

First, it is important to understand that with any graft (not necessarily just etrogim), the rootstock (the tree segment planted in the soil) rarely influences the scion (tree grafted onto the rootstock, which produces the fruit). The rootstock serves as a pipeline to transport water and everything else the tree needs to the scion. This topic has been researched extensively in scientific studies. Even when there is a graft of a lemon and etrog tree, there is hardly any practical influence on the etrog. While halachically, this could be a forbidden act and could disqualify the etrog for use in the arba minim; nevertheless, the graft does not change the makeup of the fruit whatsoever.

The responsa above is based on the notion that a grafting of roots is what causes the change in the tree's fruit. This hypothesis is unfounded: if an actual graft of a lemon and etrog tree, the rootstock does not influence the scion, it is even less likely that this would happen when the roots of each tree graft onto one another. Moreover, note that according to expert botanists, natural root grafts are an extremely rare phenomenon. Albeit, the Tosafot do mention root grafting in the context of grapevines, but they explain that this can take place thanks to their soft roots. For other trees, however, this phenomenon does not exist, especially not when there is a distance of 7.5 m between the trees in question. Moreover, the roots of etrog trees are short and are close to the surface, so the notion that there could be a root graft and that this would influence the fruits and the way they develop is especially puzzling.

The phenomenon described in the question can perhaps be explained in a different manner. In an article by Prof. Goldschmidt, it appears that etrog trees are known to have major differences among fruit; not only from tree to tree, but also among different fruits on the same branch. This is also recorded by Dr. Ra'anan, who explains at length the phenomenon of differences among etrog fruit. This is why the shape of the fruits can vary from branch to branch. In any case, this has nothing to do with forbidden grafting. The two articles mentioned above cite new studies based on DNA testing of the etrog fruits, which prove that there is no genetic difference between all strains and varieties of etrog fruit. This is explained by a unique phenomenon in etrogim that they are not receptive to cross-fertilization from other species.

In any case, there are many mutations present in the etrog itself that are unconnected to the roots of other trees or various types of pollination. This is how very different etrogim form that are not grafted whatsoever; all can be used in the arba minim.

For this reason, there is no need to distance a non-grafted etrog tree from a lemon tree or a grafted etrog tree (any more than three tefachim), since the roots do not graft onto one another, and even if they did there would be no impact on the fruit. One need not worry about seeds or stamens; in any case they can travel hundreds of meters and pollinate etrog trees near and far. Even so, as mentioned above, no genetic difference has been found among various etrog strains. Furthermore, we have not found throughout Chazal or in any halachic responsa that it is necessary to distance an etrog tree from a lemon tree. This also indicates that there is no prohibition involved, even if planted side by side. 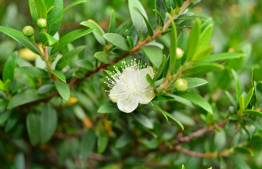 Arba Minim from the Land of Israel 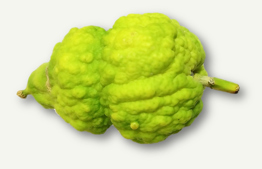