Mitzvah in a Minute – Kila'im

Can I give ma'aser ani produce as mishlo'ach manot and/or matanot la'evyonim to the poor?

The Maharil concludes that it is possible to give the minimum amount to matanot la'evyonim, which he holds is a shave peruta, and then one can add to this sum from ma'aser money.

The vast majority of the Acharonim cite this responsum and agree with the Maharil.

At first blush, it seems that the halacha would be the same for both mishlo'ach manot and matanot la'avyonim in this regard. However, a distinction might be drawn, since the reason for mishlo'ach manot is to strengthen unity and brotherly love among fellow Jews (as explained by the Manot HaLevi on Megillat Esther; Rabbi Shlomo Alkabetz, 16th century, Safed, author of Yedid Nefesh), while the actual gift received is of lesser importance. This is in contrast with the objective of matanot la'evyonim, where the importance lies in the charity actually received by the poor person. We see this distinction in several instances, where some poskim say a gift still counts as mishlo'ach manot but not for matanot la'evyonim: (1) if the poor person rejects the gift and (2) if a gift is given and then returned to the original owner.

This could also be because, in the end, using ma'aser money for mishlo'ach manot strengthens brotherly love. This would be prohibited for matanot la'evyonim since this money is not truly and completely in one's ownership.

Rabbi Yoel Friedemann (HaTorah VeHa'aretz 4, 5762) applies the laws governing ma'aser money to ma'aser ani, and holds that both tithes have the same halachic status. While I have not found any source that clearly equates between the laws of ma'aser money and ma'aser ani produce in this context, logic dictates that they should be treated in the same fashion.

Thank you Letter for Lecture at
Masua-Emunah

In the name of the Masua chapter of Petah-Tikva, I want to thank you so much for taking the trouble to give such an interesting talk to our Masua-Emunah group.

In spite of the rainy weather, your talk attracted a nice turnout, and we all listened attentively to the confusing topic of bugs in our vegetables.

You succeeded in answering our questions in a very clear manner with your slides and pictures helping us understand the subject.

You never know, we might even decide to visit the plant where you work and see for ourselves how things work.

We are looking for donors to dedicate books put out by Torah VeHa'aretz Institute about research, halacha, and children's stories.
For more information, contact:  Uriel Nachum, urielnachum@gmail.com,
054-7800731.

The Mishna (Shekalim 1:1) states that in Adar a proclamation was made about kila'im, forbidden interplanting. During the month of Adar Beit Din inspectors would go out to the fields to ensure that farmers were not growing kila'im.

For an abridged halachic guide on the laws of kilei zera'im, click here. 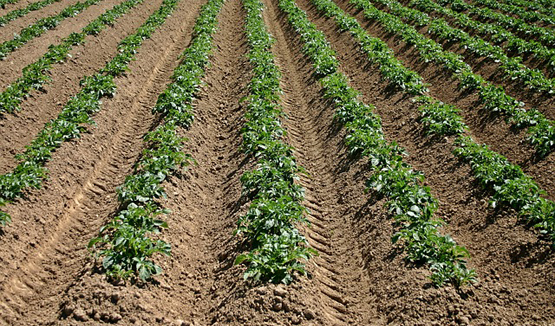