Parashat Shemini: Impurity of Kohanim and the purity of their livestock 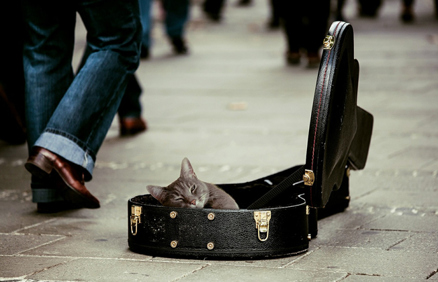 Teruma in the zoo and why the animals of Kohanim can eat teruma while Kohanim cannot today. Plus: a visit to historical and modern Yavne.

"These are the contaminated ones among the teeming animals that teem upon the earth" (Vayikra 11:29), "All these instances of uncleanness are not to prohibit eating, but for actual uncleanness, (i.e.,) to become unclean by touching them; and he is forbidden to eat teruma and holy sacrifices, and to enter into the sanctuary" (Rashi, ad loc.).

The use of teruma today

Years ago I was invited behind the scenes of the safari in Ramat Gan. There I saw crates of vegetables with a sign something along the following lines: "These vegetables are teruma. Do not eat! Eating is a punishable offense." When I asked the head manager of the safari if what was written on the sign was serious, since the safari employees are not necessarily mitzvah observant, he confirmed that it was: just a few days prior two Arab workers were fired because they ate from the vegetables earmarked as teruma.

Some of the gifts that we give from our produce even today, in the absence of the Beit Hamikdash, can only be eaten in a state of ritual purity by Kohanim (this includes teruma gedola, terumat ma'aser, and challah) or by all Jews (for ma'aser sheni and neta revay). Ma'aser rishon, in contrast, is not sacred; even though it should be given to a Levi, anyone can eat it, even when impure. The same holds true for ma'aser ani. Currently we are all considered teme'ei meitim, impure due to contact with the dead. Since we cannot eat any of the gifts that may only be eaten in a state of purity, we set aside the minimum biblically mandated and destroy or redeem it (as in the case of ma'aser sheni or neta revay), since the Kohen or owner cannot otherwise use the gifts.

Destroying teruma is not always necessary, however; there are instances where Kohanim may benefit from these gifts. In the case of impure olive oil, for example, Kohanim may use teruma oil as lamp oil (Shabbat / Channuka candles, etc.). Moreover, when necessary Kohanim may feed teruma fruits and vegetables to his livestock. Since the amounts of teruma gedola and terumat ma'aser can be considerably large in the agricultural sector (a little more than 1% of the yield), we can "rescue" this food and feed it to the livestock of Kohanim. Zoos can sell their animals to Kohanim (similar to selling chametz to a non-Jew), and then we can feed teruma gedola and terumat ma'aser to the animals in the zoo, who now belong to a Kohen.

This creates a somewhat bizarre situation: the ones for whom the lofty nature of Kehuna is most overtly manifest today, in terms of the priestly gifts at least, are the Kohen's animals!

It seems that this technical halachic loophole conveys a deep message, which teaches us something about the verse, "Man has no superiority over the beast" (Kohelet 3: 19). Humans, created in G-d's image with free will, can use this power of choice to ascend to the loftiest of heights; however, humans can also plunge to the deepest of spiritual chasms. The greater the person's potential the greater the distance between their highest and lowest point they are capable of achieving. For Jews, this range is greater than for gentiles ("you are called 'man' and idol worshippers are not called 'man,'" is stated in the context contracting impurity from a dead man inside a sheltering [tumat ohel]; that is, only a Jewish corpse can impart spiritual contamination in an enclosed structure!); a talmid chacham more so than a regular Jew ("the greater one is, the greater one's evil inclination;"[Sukka 52a]; also, someone who studied Torah and left the fold is much worse than someone who didn't learn at all) [Pesachim 49b]. In contrast, the animal cannot employ free will to ascend to lofty heights of spirituality, but at the same time it cannot plummet to depths of spiritual decadence. This is why during their lifetimes, animals do not transmit impurity and are also not receptacles of impurity (the impurity of a sheretz or neveila only sets in after the animal's death).

While an animal cannot uplift itself through its own free will choices, humans' free will choices can elevate the animals around them. We see this with the donkey of Rabbi Chanina ben Dosa on the one hand (Avot DeRabi Natan 8), and the moral corruption of the animals in the generation of the flood, on the other hand. In this spirit, the Ramchal (Rabbi Moshe Chaim Luzzato, 18th century, Italy) writes in Path of the Just (chapter one): "For all creatures are greatly uplifted when they serve the 'Whole Man,' who is sanctified with the holiness of the Blessed One" (Shraga Silverstein trans.).

Disadvantage as an advantage

Paradoxically, today the animals in the possession of a Kohen manifest the sanctity of Kehuna, while the Kohen himself may not eat teruma. This informs us of the spiritual descent of the Jewish People in general, Kohanim included, which prevents them from eating terumat Hashem, the "offering of the L-rd." Yet Kehuna persists, and the mitzvot associated with Kehuna (such as birkat Kohanim and the ability to redeem firstborns), as well as the prohibitions linked with Kehuna (the injunction against coming in contact with the dead and marrying certain women) still apply to Kohanim even today. And their sacred status also applies to their possessions. It is precisely because a Kohen's possessions cannot become elevated, unlike the individual Kohanim themselves, they cannot descend spiritually like him—and thus can partake of the teruma, while their owner cannot.

May it be G-d's will that He sprinkle upon us pure waters, and all of us—Kohanim, Levi'im, and Yisra'elim, will be able to eat in purity from what He will give us with an open and outstretched hand!

Waving the Sickle in Yavne

The fourth chapter of tractate Rosh Hashana mentions the ordinances Rabbi Yochanan ben Zakai instituted in Yavne following the destruction of the Beit HaMikdash. One of these ordinances (described in greater detail in chapter 10 of Menachot): "The entire day of the waving is forbidden." That is, in the absence of the Beit HaMidash, the new produce is forbidden the entire day of 16 Nissan, the day the omer is waved and offered. Rambam (Hilchot Ma'achalot Asurot 10:2) rules that in contrast to the rest of the ordinances that Rabbi Yochanan ben Zakai of Yavne instituted, this is not a mere rabbinical ordinance, but a Torah law that Rabbi Yochanan extrapolated and taught.

Today there are two places named after the original Yavne: the more veteran is a religious kibbutz not far from Ashdod. The kibbutz is home to the first hesder yeshiva, Kerem B'Yavneh (KBY), which preserves the name of the Torah institution that operated in historical Yavne. The second is city originally set up as an immigrant transition camp, not far from the kibbutz, but closer to the original location of historical Yavne at Tel Yavne.

Yavne is "Yavne'el" mentioned in Yehuda's portion in Yeshoshua (15:11). While the city was technically in Yehuda's portion, it seems that Philistines actually lived there, as two of their major cities, Ekron and Ashdod, are not far away from Yavne. King Uziya fought the Philistines in Yavne, among other places. During the times of the Second Beit HaMikdash, Yavne was annexed to the Hasmonean kingdom. It was wrested from them by the Roman general Pompey (Gnaeus Pompeius Magnus), and later restored to Judea by Herod. Ben Zion Segal conjectures that the gentile elements remaining in the area led to its surrender to Vespasian (Titus Flavius Vespasianus, father of the infamous Titus) and explains why it did not participate in the Great Rebellion. Vespasian settled Yavne with Jews who surrendered to him, which is probably what made it easier for Rabbi Yochanan Ben Zakai to request that he spare Yavne and its sages, and subsequently transfer the Sanhedrin to Yavne in the critical days following the destruction of the Beit HaMikdash.

The activities of Rabbi Yochanan ben Zakai in Yavne proved instrumental to the preservation of Judaism in the absence of the Beit HaMikdash—something that certainly seemed nearly impossible at the time. After Rabbi Yochanan Ben Zakai relocated to Beror Chayil, Rabbi Gamliel of Yavne was appointed as nasi of the Sanhedrin, continuing the dynasty of Hillel. Rabbi Gamliel of Yavne's grave can be seen in Yavne even today.

Following the Bar Kochba Revolt, the importance of Judea in Jewish life—Yavne included—declined dramatically, and the major Jewish center relocated to the Galilee. Even so, Jews continue to live in Yavne. During the Crusades a large church was built there, which was transformed into a mosque upon the ousting of the crusaders by Mamluk forces. The minaret that was added next to the mosque (the latter was blown up by the IDF in 1950) is still standing until this day, and it is a prominent at the Tel. Another Mamluk artifact, at the eastern part of the city, is the arch bridge built by Mamluk Sultan Baybars as part of the royal postal route, known as the Yibna Bridge. This bridge held up the road connecting Rechovot and Yavne (previously carrying Route 410); it was replaced by a new road in recent years. The Mamluk road, more than 700 years old, now serves pedestrians. During the Ottoman era, a village called Yibna existed there. During the War of Independence some 200 Iraqi soldiers from the Arab Liberation Army reached Yibna, but, thank G-d, the village was overtaken by Etzel and Givati forces. The villagers fled, primarily to refugee camps in Rafiach. Several months later a new transition camp was erected there, settled by newly arrived immigrants from various countries. In 5746 (1986), Yavne was declared a city. Today (5779, 2019) Yavne boasts more than 47,000 residents. 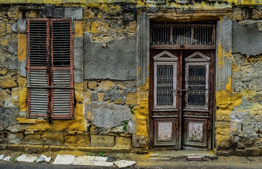 Parashat Metzora: Tzara'at of the home –an opportunity for a relationship with G-d in the Land of Israel 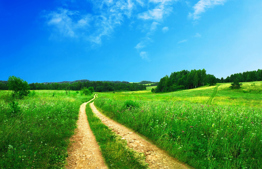 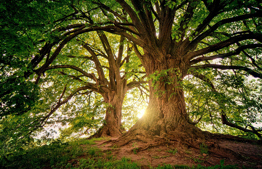 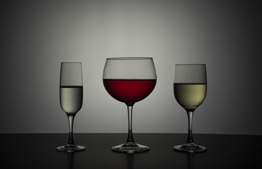 Parashat Tzav: The Chosenness of Kohanim