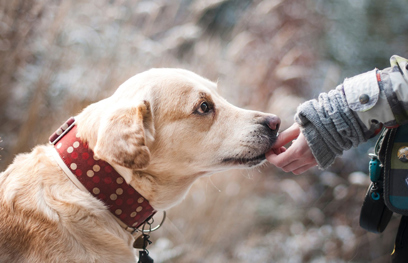 What do we do about pet food on Pesach? Does it need a hechsher? What about farmers? Comprehensive halachic guidelines on feeding animals during Pesach.

The halachic principles are as follows:

2. It is also forbidden to benefit from chametz that belongs to a non-Jew. This is why even if the chametz was sold to a non-Jew, we may not use it for our animals (pets/livestock).[3]

3. The prohibition of chametz on Pesach includes bal yera'eh; that is, we may not have chametz in our domain that can be seen on Pesach. For this reason, we cannot store chametz on our property for animals that do not belong to us.

4. Ta'arovet chametz (a chametz mixture). This term has two meanings: one is a professional term that indicates concentrated feed that includes various kernels, seeds, vitamins, etc.; it is also a halachic term, which means that chametz is mixed in along with other foods and is not identifiable on its own.

5. One may not place in front of an animal dry kernels from the five grains, since there is a reasonable concern that they will get wet from the animal's saliva or the water dish in the animal's cage, and in this way it will become chametz.[6]

6. A rule of thumb: if gluten appears in the list of ingredients, then this indicates that the food includes at least one of the five grains, and it is forbidden to use it as animal feed on Pesach. However, even if gluten does not appear, it is possible that there are other wheat-ingredients, such as starch, which is also forbidden on Pesach.

7. Even if this will cause suffering to the animal, one may not feed chametz to an animal on Pesach, unless the food meets the criteria listed above (4b).

8. Advanced preparation and consultation with a veterinarian before Pesach often prevents many questions on Pesach itself.

9. One should clean out the food trays several days before Pesach.