Laws of orlah as they relate to nurseries and unperforated pots. In which conditions can the orlah count continue for trees growing in nurseries?

If not all of these conditions are met—even if there is uncertainty about any one of the conditions—the orlah count is restarted upon transplanting the sapling.

Note that most nurseries prefer to store their saplings on a surface that detaches them from the ground so that they do not take root in the soil. This obviates the need to cut the sapling's roots when bought so as to avoid both shocking the tree and the physical labor involved in cutting the roots. In truth, even if at the time the tree is purchased, it sits directly on the ground, there is no way to know that this was the case even a week beforehand. For these and additional reasons, the basic assumption is that we cannot rely on the years in the nursery for the orlah count—unless the nursery is under hala

[2] Many halachic sources consider planting a sapling in a perforated pot as if it is being planted in the ground. See Mishnah, Shabbat 10:6.

[4] See Rambam, Hichot Ma'aser Sheni 10:8 and Shulchan Aruch, YD §294:26 that even a tree that grows in an unperforated pot is subject to orlah. The Yerushalmi, Orlah 1:2, explains that the reason for this is that "השורשין מפעפעין אותו," the roots penetrate it". According to the Yerushalmi, it seems that when the roots are not receiving nourishment from the soil or penetrating through the walls of the pot, the tree is exempt from orlah. This opinion is cited by Rabbi Shlomo Zalman Auerbach, Minchat Shlomo I §70;  and Rabbi Shaul Yisraeli, "Halachic survey on orlah for saplings growing in unperforated pots," HaTorah VeHa'aretz I (5749), pp. 133–147. See also Chazon Ish, Dinei Orlah §32, where he writes (regarding metal pots) that these trees are subject to orlah rabbinically. This opinion seems to be the mainstream opinion. Note that Rabbi Ovadia Yossef (Miperi Ha'aretz III, p. 60, 5741) holds that trees in unperforated pots are subject to orlah biblically. See also Rabbi Yehuda Amichay, "Orlah for saplings sitting on Palrig sheets,"  HaTorah VeHa'artez V (5760), pp. 88–92.

[5] For an in-depth discussion on the topic, see Minchat Shlomo, ibid.

[7] Regarding the law cited by the Rosh, ibid., this case refers to when there is a layer of soil on the roof. In this case, this soil is considered the ground for all intents and purposes - karka olam (lit. the ground of the world"; that is, the soil is associated with ground-level soil even though it is on the roof); and everything growing there is considered as if it were growing in the ground. However, a perforated pot laying on the house's ceramic tiles cannot receive nourishment or be sustained from these tiles. This is also the conclusion of the Chazon Ish, Shevi'it §22:1, incipit uvien. See also HaTorah VeHa'aretz VI, ibid., especially pp. 349–354. Some maintain that as long as the pot was not placed onto a plastic plate, the floor is not considered a barrier, and so the tree is subject to orlah biblically. See Minchat Shlomo I §41:2. Rabbi Shlomo Zalman Auerbach, though, limits this to a house on the ground floor; if placed on the second floor (or higher), the tree is considered disconnected from the ground.

[9] See Orlah, Chapter 3, n. 15: Rabbi Yaakov Ariel rules that aeroponically grown plants are exempt from terumot and ma'aserot (yet there are those who are stringent). It is unclear, however, if this exemption would extend to the laws of orlah for trees grown aeroponically.

[13] See Mishnah Okzin 2:10; Orlah 1:4; Shabbat 95b; see also HaTorah VeHa'aretz I (ibid.), pp. 223–225, for the calculation of the perforation size. Each case should be addressed individually, since it depends on how long the bag sat in the same place. If the roots pushed through the perforation and rooted in the ground, the tree is considered connected to the ground.

[15] Rabbi Yehuda Amichay, " Orlah with saplings set on Palrig sheets," HaTorah VeHa'artez V (5760), pp. 88–96; optimally the orlah count should begin four months after the sapling is placed on a Palrig sheet, since that is the time it takes for the roots to penetrate through the sheet. See Rabbi Yoel Friedemann, "Orlah for saplings set on Palrig sheets," HaTorah VeHa'aretz V (5760), pp. 97–103. Note that the guidelines of the Chief Rabbinate of Israel (in Commercial Saplings), consider Palrig sheets a barrier, and note that saplings should not be placed on them if the sapling's years are to be included in the orlah count. 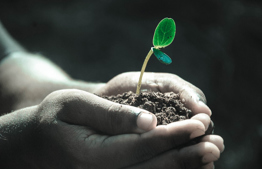 Orlah, Chapter 3b: Intermediate Plant Classification as Vegetables or Trees 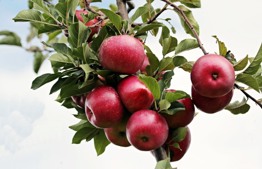