How do we perform the mitzvah of bi'ur today? What do I do if I forgot to do bi'ur on time? On the procedure for rendering crops ownerless and related bi'ur laws.

Produce with shemitah sanctity (or through shemitah money) are obligated in bi'ur according to the bi'ur schedules. See Appendices A–D.

B. Who is required to perform biur?

"Our brothers of the House of Israel: whoever needs to take should come and take."[10]

D. If one failed to perform bi'ur

[2] Chazon Ish §11:6, s.v. ube'inyan; the definition of "a week" is the average amount of groceries that a person buys for his household each time he makes a purchase. The definition of "little by little," that is permissible for private individuals to gather is for several days. The Chazon Ish, ibid., defines "three meals" as a person's basic needs.

[5] Rambam, ibid.; bi'ur for shemitah produce is similar to bedikat and bi'ur chametz. In principle, it is preferable not to leave any chametz in our possession, so we give away our chametz to others. Only if we still have a lot left over, then we should perform bi'ur chametz—but it is not necessary to actually perform bi'ur chametz. For bedikat chametz, it's not a mitzvah to find and get rid of the chametz; only to ensure that there is no chametz left in our possession. The same holds true for bi'ur of sacred shemitah produce.

[6] Ramban, Vayikra 25:7, based on Tosefta, ibid. This is the opinion of most Rishonim; see Pe'at Hashulchan 27:3. See also Shabbat Ha'aretz 7:3 §2. However, Rambam (7:3) maintains that bi'ur is performed only by burning (but his opinion was not accepted by mainstream poskim).See Mishpat Kohen §83, who writes that it is not preferable to burn the produce, since doing so transgresses the prohibition of hefsed for shemitah produce and bal tashchit (similar to redeeming ma'aser shenit onto a perutah rather than to its true value, so as not to cause financial loss – MB); Sefer Hashemitah p. 45, n. 3.

[9] Yerushalmi 9:4. Rabbi Kook (Shabbat Ha'aretz 7:3 §2.4, n. 21) maintains that this is true according to those who hold that bi'ur is miderabanan; however, according to those who hold that it is de'oraita, the produce should be declared ownerless in front of three people. Rabbi Yisraeli is lenient in this regard, even when there are no extenuating circumstances involved.

[11] This is the ruling of Rabbi Eliahu. See Mishnah Berurah §434:15, that in principle it is possible to appoint an agent to nullify one's chametz (some are stringent in this regard; Mishpatei Eretz 31:5.

[15] Rambam 7:7. Rashas (9:5) maintains that bi'ur deadline for money is on Rosh Hashanah of the eighth year, see Shabbat Ha'aretz 7:7 §3. Rabbi Eliahu maintains that if the money was used to buy several types of fruits and vegetables together, one should act in accordance with §C.9.

[17] Mishnah 9:5; Shabbat Ha'aretz 7:6 §3. Rash (9:5) states that this halachah applies only to vegetables. However, if fruit is in question, one should perform bi'ur on the flavor absorbed by the other types of food in the mixture.

[19] Rashi, Yoma 83a, s.v. tevel; Shabbat Ha'aretz 7:3 §3. According to the Pe'at Hashulchan (Taklin Chadatin Shekalim 3:2), it is forbidden even to derive benefit from the produce.

Some maintain that only the owner is not allowed to benefit from the produce, but all others are allowed to do so.

Rabbi Eliahu rules that if one transgresses bi'ur unintentionally (beshogeg), the produce is indeed forbidden to the transgressor but permitted to others. See also Shabbat Ha'aretz, ibid., n. 23.

[21] Sefer Charedim, Mitzvot Hateluyot Ba'aretz, introduction. According to Gedulat Mordechai §9, even if one could not perform bi'ur due to circumstances beyond one's control, the produce is nonetheless forbidden. See Torat Hashemitah 15, n. 45; Shabbat Ha'aretz, ibid., nn. 26, 28.

[23] However, it is permissible to transfer it back to Israel to perform the mitzvah of bi'ur there, but this is not obligatory. Rashi, Pesachim 52b, s.v. bechol makom; Yerushalmi 6:4. See also Shabbat Ha'aretz 7:12. 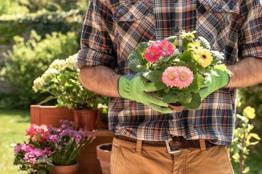