Tu BiShevat and the Orlah Prohibition 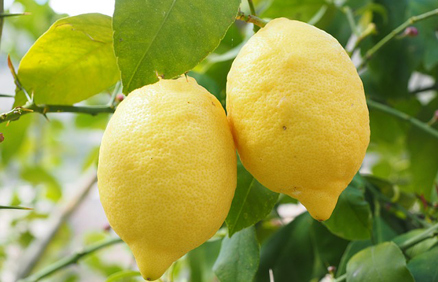 Tu Bishvat and Orla in and out of Israel

Tu BiShevat is the New Year for trees (Mishna Rosh Hashana 1:1), and bears halachic significance with regard to terumot and ma'aserot as well as the prohibition of orlah.

"When you enter the land and plant any tree for food, you shall regard its fruit as forbidden. Three years it shall be forbidden for you, not to be eaten."

In the first three years from the time the tree is planted, its fruits are called orlah and it is forbidden to eat or derive any benefit from them.

Since Tu BiShevat, 15 Shevat, is the New Year for trees and not 1 Tishrei, only fruit that bloomed after 15 Shevat of the fourth year from when the tree is planted no longer have the status of orlah.

A halacha that perhaps not everyone is familiar with is that vaday orlah, fruit that is certainly within its first three years, is forbidden even outside the land of Israel (as a halacha leMoshe miSinai). That is, in principle, even though orlah is a mitzvah tied to the Land of Israel, it also applies abroad.
However, in instances where there is a doubt and we are not sure whether a fruit came from an orlah tree, it is permitted to eat; even if it is highly likely, but not 100% certain, that it is from an orlah tree, it would still be permissible outside of Israel. However, if one is certain that the fruit is orlah (it’s my own tree, for instance), then the fruit would be forbidden to eat or derive benefit from (in Israel, in contrast, when there is a doubt about orlah, it is forbidden to eat the fruit; see Shulchan Aruch YD 294:8-9).

We are familiar with the expression orlah as the term for the foreskin removed at circumcision. In the Tanach, however, this word is mentioned 52 times in different contexts. Orlah with regard to trees means "distanced" (Targum Onkelos), "sealed, blocked, covered" (Rashi), or "something harmful" (Ibn Ezra); that is, we refrain from eating this fruit and cannot use it.

Rashi cites a Midrash where Rabbi Akiva says that the mitzvah of orlah helps increase future produce and productivity:

It is interesting that the Netziv of Volozhin (Rabbi Naftali Tzvi Yehuda Berlin, 1816–1893) in his commentary Ha'amek Davar, and Rabbi Zalman Sorotzkin (1881–1966), in his commentary Oznai'm LaTorah add an agronomical benefit to the mitzvah: if we remove the flowers during the tree's orlah years, forbidden fruit will not develop from them, which are generally of lesser quality in any case. In this way, the tree will not needlessly exert its energy, but will conserve it and strengthen itself from within. In the following years, the tree will be stronger and will be able to produce far more superior fruit both in quality and quantity.
Perhaps this is our way to "assist" G-d, as it were, to fulfill his promise to us, as explained by the Midrash: "To increase your produce."