The Prohibition of Chadash 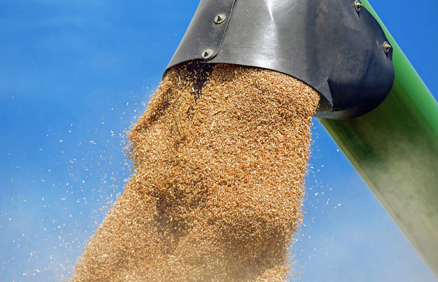 What is "chadash" and "yashan"? Does the prohibition of chadash apply outside of Israel? Why don't we ever see certification relating to chadash in Israel?

"Until that very day, until you have brought the offering of your God, you shall eat no bread or parched grain or fresh ears" (Vayikra 23:14).

The five grains that grow prior to mid-Nissan are forbidden for consumption until after 16 Nissan, the day the Omer offering was brought; only from 17 Nissan can we partake in the new produce. This prohibition is called "chadash" (new). Grains from the previous year are permissible for consumption and are termed "yashan" (old).

All produce that takes root before 16 Nissan is permissible after that date. Since the process of taking root takes three days, grains should be sown by 12 Nissan.

The current situation in Israel

Most grain is sown in Israel during the winter and reaped from Iyar to Sivan, which is why there is generally no problem of chadash in Israel. In any case, the Chief Rabbinate strictly supervises the grain reaping process, ensuring that chadash products will not be sold.

There is a major halachic dispute regarding the prohibition of chadash abroad for grain owned by a non-Jew. The chief rabbinate is strict in this regard, and makes sure that all imported food is from yashan produce: grain and flour, either in food or drink (beer and whiskey), and baked goods, such as snacks, cookies, and crackers that contain grain.

That is, every product with the sticker "approved by the chief rabbinate of Israel" does not contain "new" grain.

Note that in Russia, Scandinavia, and at times in North America, grain is often sown in the spring and not the winter, and then chadash becomes an issue. The problem is magnified in all countries in the southern hemisphere (Australia, South Africa, South America), since for many months all of the grain is chadash!