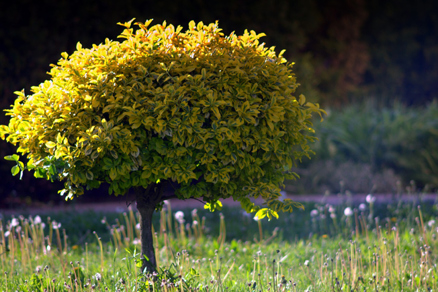 Is it always forbidden to graft trees? Can I eat a seedless watermelon? This and more in this article about the halachic parameters of grafting and its relevance today.

I would like to take a look at a mitzvah that is not so well-known: the prohibition of kilei ilan, grafting.

Grafting is the process where the branch of one tree (the scion) is inserted into the trunk of another tree (the stock) in a way that the tissues of each enmesh and become one entity. The fruit of the new tree will be nearly identical to that of the scion, while the stock will contribute it’s heartiness to soil maladies and pests, as well as improve the rate of water and mineral absorption.

Grafting was a method known to our Sages, and is addressed in the first chapter of the Mishna, tractate kila’im. Over the past few decades, however, grafting methods have greatly developed and become much more sophisticated, to the point that most fruit trees today are grafted. This is the case even with vegetables, as more and more varieties are being grafted—such as cucumbers and watermelons.

Today in Israel, most fruit trees are grafted (with the exception of fruit of the seven species and the etrog). Some are grafted in a permissible manner (two strains of the same type of fruit tree), while others in a forbidden manner (two different types of fruit trees). Despite the fact that the act of grafting is forbidden, and according to the Shulchan Aruch it is also forbidden to cultivate such trees, the fruit of grafted trees are permitted for consumption—even for the one who grafted the tree. Because farmers know that everyone will eat their fruit in the end, regardless, there is no incentive for them to graft in a halachically permissible way. The Institute for Torah and the Land of Israel aims to help farmers graft in a halachically optimal fashion, and is looking into developing stocks that are halachically permissible, while also being economically sound and agriculturally successful.

The injunction against grafting raises the theological question: Why is grafting forbidden, if it helps us grow much more quality fruit in much higher quantities?

It seems that the answer is that the act of grafting in and of itself is not prohibited; on the contrary, grafting different strains of the same type of fruit is permissible, while only grafting trees of different species is forbidden. However, the Torah wants to teach us that even when engaging in activities that are not “sacred” per se, such as agriculture, the Torah is ever relevant and has what to say. Preserving the original order of Creation is important, and the differences among different types of species must be preserved. There are injunctions against many types of forbidden mixtures: in clothing (sha’atnez), as well as among animals, vineyards, and seeds, including trees. All of this is so we can assist Hashem, as it were, to preserve His Creation: “And the earth gave forth … trees producing fruit containing their own kind of seed” (Gen. 1:12), and that we continue to enjoy the land’s plentiful produce— “Of every tree of the garden you may freely eat” (Gen 2:16), while preserving the fences and safeguards we were given.

See here for more about grafting.