Is betulifolia permitted for use as a pear rootstock (abstract)? 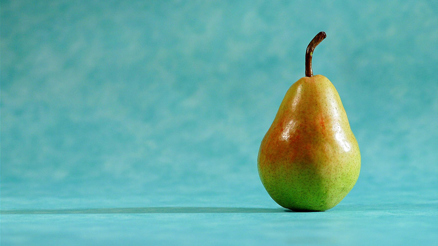 In Israel, pear trees are generally grafted onto quince trees, constituting a transgression of kilei ilan. Is the betulifolia pear rootstock a halachically permitted alternative?

In Israel some 1,400 hectares of pear orchards are grown, especially in the Galilee and the Golan Heights. The local pear yield stands at approximately 30,000 tons, but is not sufficient to satisfy market demands, so pears are also imported from abroad. Israeli pear growers have had to cope with the problem of low profitability as a result of high growing expenses and low yields. The pyrus pear variety is part of the Rosaceae family and includes 20 varieties in Europe, Asia, and North Africa. In Israel, the Syrian pear grows wild (Pyrus syriaca). The cultivated pear (Pyrus communis), otherwise known as the European pear, is common worldwide. Thousands of strains of cultivated pears were developed and cultivated, and a thousand of them are named. The rootstock upon which most cultivated pears trees are grafted onto is quince (A and B29), a rootstock that is halachically prohibited for pear trees. Among new Pyrus communis rootstocks examined as alternative possibilities is the Birchleaf pear (Pyrus betulifolia). This is a deciduous tree that grows to approximately 10 m, originating from the forests of Northern China and Tibet. The fruit is small and ball-shaped, with the diameter of 1cm. The ripe fruit is brown and it can stay on the tree for several months after ripening in late summer.

Current studies conducted in Israel in recent years discovered certain advantages to the pear trees grafted onto the betulifolia rootstock. Prof. Rafi Stern discovered a clone of betulifolia, defined as Lavi 1. In a field experiment where various rootstock-scion combinations were tested, this clone demonstrated a distinct advantage to the other rootstocks. Some 15 years ago in the Golan Heights (Baruch Margalit and Avraham Sade farms, adjacent to the Moshav Nov), pear orchards were planted from Coscia and Spadona cultivars, both European varieties, and Nashi pears, an Asian/Japanese variety, all grafted onto betulifolia. These orchards produced high quality yield and the trees are full of vitality. In light of the positive results demonstrated by the betulifolia rootstock, the nurseries expanded their pear tree production with grafts using this rootstock.

Recently a halachic question arose, whether the betulifolia is halachically fitting to serve as a rootstock for other pear cultivars, since the fruit is so small in relation to the commercial brand pear varieties, and its edibility is questionable. Halachically speaking, it is only permissible to graft similar species onto each other. While the scientific definition can include two varieties under the same botanical definition of species, this is not necessarily identical to the halachic definition. For this reason, the need arose to reconsider the halachic compatibility of the betulifolia rootstock for pears.

Is the betulifolia a pear species?

In the case of the pyrus betulifolia, the fruit is very small—the size of a pea—and as such it significantly inferior to edible pair cultivars. In a taste test of ripe betulifolia pears that grew in the Golan Heights (Cheshvan 5779 / November 2018), it seems that they tasted like the commercial pears to a certain extent. The shape of the trees and leaves were also similar to that of pear trees.

The betulifolia pear tree is permitted to use as a rootstock for commercial pear cultivars. While there is a significant difference in the size of the fruit, they share many similar qualities: leave shape, a certain similarity in taste, tree structure, blooming, method of cultivation, and even in botanical definition. It is certainly preferable to use this rootstock as opposed to quince both on a halachic level and a professional level.