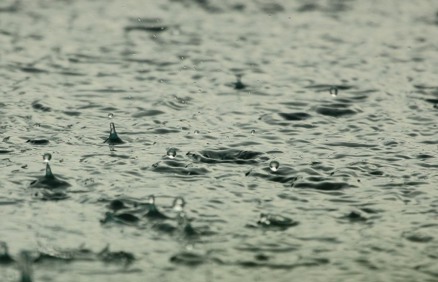 At the beginning of the winter we began adding mashiv haruach umorid hageshem to our prayers. let us address the question: are we still so heavily reliant on rain in Israel, given the cutting-edge technology available today?

The State of Israel is rightfully considered one of the most advanced countries in the world in the field of utilizing water resources. Israel is located in a semi-arid climate with scarce water sources, compared to other countries in the world. Israel's rainy season lasts only six months, while most of its rain falls during three months only.

To meet the needs of a growing population (in contrast to shrinking populations of many countries in the western world) requires original, creative thought. As such, experts and scientists in the water supply field in Israel have come up with novel and creative solutions including recycling sewage water for agricultural use and desalinating sea-water. Today Israel boasts several of the world's largest desalinating plants, which supply more than 25% of Israel's water needs.

These solutions might lead the public to believe that rainwater isn't so dire a need, being that we have our own means to provide the country with its water needs. As such, people might wonder why we still include a request for rain in our prayers.

Why we still need rain

As it turns out, it is professionals in the field of water supply who are most acutely aware of the need for abundant rainwater. The long-term plans for maximizing water resources and supplying high-quality water to the population depend heavily on rainwater. Plans that include sewage treatment and desalination are meant to restore and stabilize Israel's depleted natural resources. Without large quantities of rain, the sources of water in the mountain and coastal aquifers are bound to decrease, limiting future drilling. This harsh phenomenon already exists in the coastal region, where numerous wells have become saline as a result of over-pumping and are no longer fit for use.

Israel's long-term water supply plans for all water consumers in the country is based on the assumption that Israel's population will double in the next four decades. This forecast faces Israel's water supply economy with a complex challenge: by 2050, an annual shortage of 671 million m3 of water is predicted. This dire forecast accounts for an expected doubling of treatment of sewage and marginal water, and a tripling of seawater desalination, at the cost of NIS 206 billion. This major increase will be on account of consumption in growing urban areas, as well as agriculture, which will be needed to produce food for a population twice as large as today's.

Israeli agriculture, considered a world leader in water conservation, is the major water consumer in Israel today, using approximately half of the water supply (treated through various methods). While it certainly uses recycled, treated, and desalinated water, and extensive research has been done to adapt plants to high saline levels, Israeli agriculture is still desperate for rain.

In the northern and western parts of the Negev (Israel's dry southern region) are about a quarter of a million acres of crops with no irrigation systems; without an abundance of rain, they yield very few crops. Many agricultural areas are irrigated with treated sewage water, which raises concerns regarding salination, and hence, the long-term damage to the soil's fertility (as indeed took place in many fields in the Jezreel Valley). The only way to counter the danger of accumulated soil salination is by the rainwater regularly "washing" the ground. The more rain, the faster the soil is restored to its natural fertility and produces crops in higher quality and quantity.

The cost of water production and treatment is very high and depends on the method of production and the various regions. While desalination does not depend on a limited resource (sea water), it involves costly energy resources. The brunt of the total cost is shouldered by the end-user, meaning that a rise in water costs for agricultural needs raises the price of the produce. On the other hand, rainfall on fields is a free gift. Moreover, when the reservoirs from the Golan Heights to the Jordan Valley are filled by plentiful rain, this obviates the need to ship water during the summer, also cutting costs.

In recent years, public awareness about environmental protection has grown. Over-exploitation of existing natural resources can cause irreversible damage to the environment we live in and adversely affect the world of tomorrow. In the field of water supply today, there is much more awareness as opposed to that in previous years.

One of the many examples of tampering with water sources without taking environmental concerns into consideration, and causing undue damage, is the draining of Lake Hula. In the 1950s, just after the State of Israel was founded, the lake was dried to kill the malaria-carrying mosquito population breeding in the marshland and to prepare areas for farmland in the Hula Valley. Several years after the project's completion, it turned out that the lake served as a biological filter for the water flowing into the Kinneret. After being drained, water in the Kinneret became cloudy and polluted. Only after reflooding a portion of Lake Hula, the condition improved.

Another example is diverting untreated sewage water to streams. For many years, municipalities and factories dumped waste into streams, polluting them and causing irreversible damage to the flora and fauna (Kishon, Yarkon, Taninim, and Alexander wadis, among others). Had the waste been treated, and if rainwater would flow through the streams, this harsh damage could be averted.

A third example is over-pumping from wells and drilling along the coaster aquifer. This over-pumping, which took place over decades, supplied drinking water and water for agricultural uses. This, in turn, caused salty seawater to penetrate the aquifer. To date, decades later, many wells are still saline and their water is unusable. These wells can only once again be used after plentiful rainfall, which will wash the salt back into the sea.

Yet another example to irreversible damage to the surroundings is the drying of the Dead Sea. According to data from the Water Authority (2017), over the past 90 years, the waterline of the Dead Sea has receded by more than 35 m! This is a result of the shortage of water flowing into the Dead Sea on the one hand, and extensive evaporation on the other hand—due both to natural evaporation and exploiting the water and salts by factories in the surrounding area. The drastic environmental repercussions may be irreversible: sinkholes formed, and are still forming (sudden, dangerous puts that form when the rock beneath the surface is dissolved by groundwater—MB), which has already caused undue damage to infrastructure and roads. It can also undermine tourism in the area and even be life-threatening. Had abundant rainwater flowed in the Jordan River and in other streams in the area, and flowed into the Dead Sea, the situation would be completely different.

The Israel Water Authority alerts of the harsh ramifications of the over-pumping from rivers, streams, and wells for various purposes in the past, leaving most nearly dry today. Without plentiful rainfall, it will be impossible to reverse and repair the damage done in the past, and harm to flora and fauna and the environment at large will only increase.

Israel's beauty is made up, in part, by forests and shrubbery. Without plentiful rain, grass will not grow, flowers will cease to bloom, and trees will no longer thrive. For 2,000 years of exile the Land of Israel lay desolate and did not give forth its vigor to its enemies. Now that its children have returned, the land shed its widow's garb and returned to the clothes of its youth. Our generation is witness to the rejuvenation of the forests—both manmade and natural; in general, both human efforts and Divine efforts go hand in hand. Beds of anemonies, cyclamen, and all types of other flowers cover the Land of Israel on every mountain and valley when there is rain, endearing the country to its children. The clean air, freshly washed plants, free of the summer's dust; water flowing through streams and waterfalls from Mt. Hermon to the Negev; springs spotting valleys and mountains—all move the Jewish People anew, each year, just as in days of yore. It is not for naught that the Kohen Gadol would pray on Yom Kippur for a rainy year of satiation and joy for the entire Jewish People.

Elsewhere the Gemara states (Ta'anit 2a):

Rabbi Yochanan said: There are three keys in the hand of the Holy One, Blessed be He, which were not transmitted to an intermediary. And they are: the key of rain, the key of birthing, and the key of the resurrection of the dead. The key of rain, as it is stated: "The L-rd will open for you His good treasure, the heavens, to give the rain of your land in its due time" (Devarim 28:12).

We will not delve into this midrash and explain the special bond between the Giving of the Torah and rain, but we can simply say that Chazal here stressed the vital importance of rain to the world. Even in the modern age, when super-technology facilitates the production of drinking water from salty water, it is impossible to exist without natural rain, as we mentioned above.

G-d yearns for the prayers of the Jewish People for all areas, but especially for rain, and many halachot were instituted surrounding the prayer for rain (Shulchan Aruch, OC, §114, 117, 575). In the words of the Mishnah Berurah: "Rain is life for the world" (§114:1). Happy is the nation who is connected to G-d and brings down abundance to the entire world though its prayers! 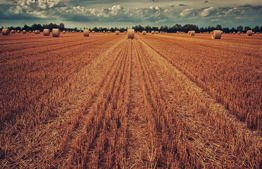 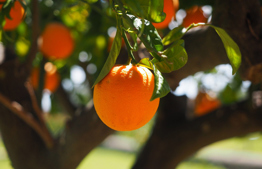 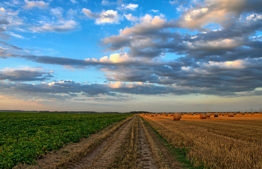 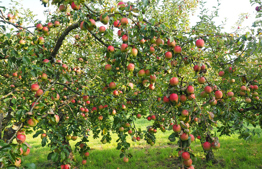 Uprooting a tree that sprouted on its own