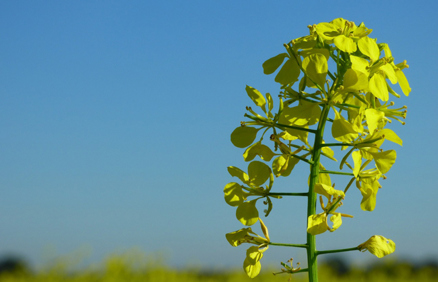 The day of death was a gift to mankind, our Doomsday arsenal to counter our evil inclination. So tells us the Reish Lakish, the bandit-turned-Amora. Also about the Mishnaic and modern-day Hikuk/Hakuk and why black mustard not considered sefichin.

When Hashem placed Adam in Gan Eden, initially everything looked rosy. Optimal opening conditions were given to Adam, G-d's ultimate handiwork. Adam lived in Gan Eden and was charged with "tending and preserving" it, a job precisely tailored to his abilities and drives. He was given one prohibition alone: not to partake of the fruit from the Tree of Knowledge. It was Adam's transgression of this command that sabotaged the whole plot. Adam knew that it was forbidden to eat from the tree, but he and his wife Chava, before him. were not able to withstand the test and partook of the forbidden fruit.

Every Jew performs many mitzvot and avoid transgressing many prohibitions, "Even the empty [Jews] are full of mitzvot like a pomegranate" (Sanhedrin 37a) Most people do not murder their neighbors, even if some are noisy at crazy hours of the night. And most Jews, when they see an old person on a bus will not hesitate to help them. Although many do not necessarily put on tefillin every day, if offered many will willingly do so unless they have a good reason to object. These mitzvot, which come naturally to us, are part of our drive to "tend and preserve." Of course Adam wanted to do good, and his innate drives propelled him to take care of the Garden and to avoid destroying it. However, when it came to the Tree of Knowledge, the situation was different. Here, Adam knew that it was forbidden to eat from its fruit, but the rest of his internal drives felt differently. "And the woman saw that the tree was good for eating and a delight to the eyes, and that the tree was desirable as a source of wisdom" (Bereishit 3:6). The human being is not composed of intellect alone, even if it is our defining feature distinguishing us from other physical creations. In any event, it is not the strongest force that dictates our actions all the time.

Often mankind—Adam first, and all of his descendants after him—face an incredibly difficult situation: the facts in the field pull him in one direction, and lead him to feel that this direction is proper, pleasant, and correct. But then the intellect cries out desperately: "Stop!! Don't do it! It's a mistake!" Among the multitude of voices and experiences that man hears and feels, this scream gets muffled to the point that it is barely audible. It is extremely difficult to tune out all the other vying voices to heed only the true voice of the intellect, which is not necessarily the loudest. Chazal were well aware of this phenomenon, and one of the most practical Talmudic statements is brought down in Berachot 5a is as follows:

We won't analyze this awesome statement in full. We will focus, though, on several points. First, the Reish Lakish, one of the greatest ba'alei teshuva of all time—a powerful bandit who went on to become one of great Talmudic Torah giants of Eretz Yisrael—tells us that we should "incite our good inclination against our evil inclination." When we find ourselves in a situation where our yetzer hara is convincing us to disobey G-d's will, the first thing we need to do is to declare war on it. This way we do not allow the yetzer hara get its way immediately. If we surrender from the outset and fail to put up a fight, we don't stand a chance. The Reish Lakish then maps out the following stages of battle, each with a more potent weapon than the next. The final stage, the Doomsday arsenal, is remembering the day of death.

Remembering the Day of Death

Throughout our lives we have various experiences, both real and imaginary. At times, from among the internal cacophony of vying voices, it is difficult to know what is true and what is not; if what seems to be good and pleasant is indeed so, or if the water we are about to drink is actually sea water that would make us only thirstier. In such situations, we need to tune out all the surround sound and imagine ourselves after 120, with all our desires, lusts, and dreams already behind us, now facing the stark truth. In this state there is no longer any confusion between truth and falsehood; the only problem is that when we actually get there, it will be too late. The wisdom here is for us to recognize the truth within all of the confusion, which is our primary job in this world. When there is no more confusion, then it's no longer an issue. However, when we are able to conjure up the day of death during our lives, we can mute our surroundings momentarily, and recognize the truth without all of the surrounding confusion.

Adam—who was not supposed to ever die until his sin—could not extricate himself from the cacophony of foreign voices engulfing him. For this reason, it seems, there was a need to create the reality of death, where these voices cease to exist. Remembering the day of death is meant to be a tool for Adam and all humankind after him to face the truth, the whole truth, and nothing but the truth.

The prohibition against sefichin (aftergrowths) is a rabbinic prohibition of eating annual plants grown during the shemita year. Sefichin include grains, legumes, and vegetables that sprouted on their own during the shemita year. Biblically, sefichin are permitted for consumption (but are ownerless, imbued with shemita sanctity, and need to be handled like their sacred fruit counterparts). However, the Sages prohibited them to avoid the situation where sinners would sow their fields during shemita and claim that the plants sprouted on their own.

The prohibition of sefichin does not include ownerless, undomesticated wild plants. For such plants there is no fear that they will be sown, since it is not the practice to plant them. Mustard, however, is customarily sown. Why, then, does Rabbi Yehuda exclude mustard from the sefichin prohibition?

The mustard of the Mishna, according to Prof. Yehuda Felix, is what is known today as black mustard (Brassica Nigra), a relative of white mustard (with the yellow flowers) that we are familiar with today (they are from the same family, Brassicaceae), but not of the same class). Black mustard grows wild in the Sharon, the Jezreel Valley, the Jordan Valley, and the Ginosar Valley. It can also be found in the Zevulun Valley (north of Haifa), which is how Rabbi Yehuda, a resident of Usha (in the Lower Galilee, near today's Shefar'am), was familiar with it. Since it is not used extensively as a spice, it was possible to make do with any black mustard that grew wild; therefore it was not domesticated or planted by farmers. For this reason, Rabbi Yehuda believed that this type of mustard should be excluded from the sefichin prohibition.

The Jerusalem Talmud on this Mishna cites an anecdote in the name of the Reish Lakish, who was in Hikuk while the local residents harvested mustard with a rolling instrument (Prof Felix, Jerusalem Talmud Shevi'it pp.405-6). During the rolling process, many pods of mustard seeds fell out, but the harvesters did not bother picking them up. This anecdote, according to Prof. Felix, did not necessarily take place during the shemita year. However, the Reish Lakish understood, based on what he saw, thatmany mustard plants sprout on their own during shemita as a result of falling seeds during the harvest the previous year. This observation backs Rabbi Yehuda's conclusion that mustard should not be considered prohibited as sefichin.

Hikuk is also known as Hukuk, a settlement mentioned as a border marker in the Naftali territory and a Levite city in the territory of Asher. The fact that border of the Zevulun territory is also in the close vicinity creates a triangle of territories around the city. The site of the Biblical Tel is adjacent to today's Kibbutz Hukuk, east of Road 65, and southeast of where the Golani-Nachal Amud segment meets the National Water Carrier. The settlement from Mishnaic and Talmudic times, visited by the Reish Lakish, is situated at the foot of the Biblical Tel. During this period, Hukuk was visited by numerous Sages; the name of the Amora R' Yohanan Hukuka'a (4th century BCE) indicates that he was a Hukuk resident. Rabbi Ashtori Hafarchi (14th century), identified the settlement and even stated that it hosted an ancient synagoguge. Recent excavations uncovered the synagogue, including a magnificent mosaic floor depicting various stories, not all of which were identified with certainty, but several are identified as the story of Shimshon. The mosaic also includes Aramaic text, and what survived of it was the following words: "מצותכן יהא עמלכן" (your toil are your mitzvot). Researchers claim that this text is praising woman who toil to perform the mitzvot.

Approximately one-third of the archeological site neighbors an Arab village, which preserved the ancient name and is called today Yakuk. At least during the Ottoman era, the village was also inhabited by Jews, as indicated by the studies of Israel's second president, Yitzchak Ben Zvi. Adjacent to the village is a holy gravesite identified today as the grave of the prophet Habakuk (on the west side of Road 65). There, too, is the grave of Rabbeinu Bachaya ben Yosef ibn Paquda, the author of Duties of the Heart (Chovat HaLevavot), who lived in Spain 1050-1120 CE. Near Hukuk is the spring of Kafr Yakuk, called today Ein Habakuk (the Habakuk spring), which is surrounded by a large plum orchard.

The Arab village was deserted in the War of Independence; three years prior, Kibbutz Hukuk was founded nearby. 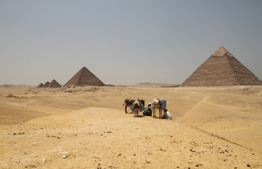 Parashat Vayigash: Going Down to Egypt 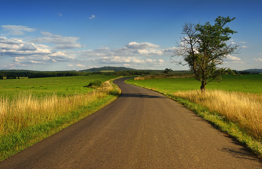 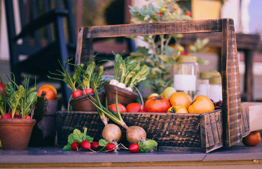 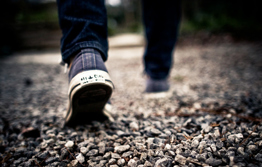 Parashat Lech Lecha: Avraham, Father of the Jews and the Converts