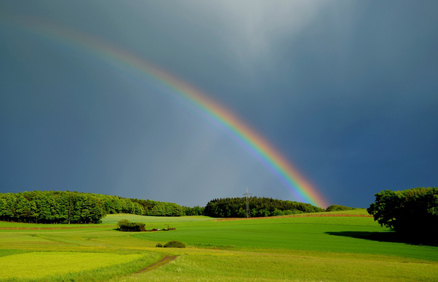 Service of Hashem pre- and post-sin is not necessarily identical, as we see with sowing teruma seeds—a lesson the ma'apilim failed to understand. Bikurim is a mitzvah dependent on the Beit Hamikdash and Robinson's Arch reminds of the glorious bikurim procession.

As for you, turn about and march into the wilderness by the way of the Sea of Reeds. You replied to me … We will go up now and fight, just as the L-rd our G-d commanded us.” And you all girded yourselves with war gear and recklessly started for the hill country. But the L-rd said to me, “Warn them: Do not go up and do not fight, since I am not in your midst; else you will be routed by your enemies.” … Then the Amorites who lived in those hills came out against you … and they crushed you at Hormah in Seir (Devarim 1:40-44).

"One who plants teruma, if unintentionally, must overturn it. If intentionally, he must allow it to remain." (Mishna Terumot 9:1)

Rectifying the Sin of Sowing Teruma

Teruma, the Sages tell us, can be used for food, drink, and ointment, but cannot be used for other purposes, such as planting. Should teruma be sown, the ensuing plants will also be considered teruma. The Mishna discusses what someone should do if he sowed teruma and wants to rectify his deed. If he accidentally planted the teruma seeds, he is permitted to overturn the soil (according to Rambam's explanation). In this way he can turn the clock back, as it were. However, if this was done intentionally, the farmer must leave the teruma seeds in the ground even if nothing sprouts from them.

Even if the farmer who planted the seeds deeply regrets his actions, he can't undo the damage. He has to leave the teruma in the soil and afterwards handle the crops appropriately, as they have teruma sanctity. However, we need to understand an important point here: the same G-d that forbids us to plant teruma seeds is the G-d Who commands us (through the Torah Sages) to leave them in the ground! That is, Hashem's guidelines do not disappear once a person sins, but it is highly possible—as is the present case—that these guidelines are different before and after a sin.

The Sin of the Spies was of enormous magnitude, and constituted a huge defect in our faith in G-d and in our love of His Land that He, in His lovingkindness, wanted to give us. The Israelites did not understand this at the time, and cried for naught; the results we carry with us on our collective backs, remembering them in our mourning on Tisha B'Av. Only after the fact did the Israelites understand the magnitude of the sin, but here they missed a vital point: an important part of recognizing the sin, one of the stages of repentance, is understanding that after the sin the situation has changed. That is: it is important to recognize one's sin, to want to rectify the sin, and to have faith that this is possible. However, we must also understand that we are no longer in the same place that we were before the sin, so the guidelines we need to follow in the present situation may very well be different. This is an integral part of recognizing the sin, and an essential part of our obligation to nullify our will before G-d's.

The ma'apilim from parashat Shelach (or the "reckless ones" from the word teheinu; the term ma'apilim is not mentioned anywhere in Devarim), realized that they had sinned, but failed to understand that reality had changed post-sin. If G-d, against Whom they realized they had sinned, commands them not to "go up," but they are determined to do so nevertheless, they missed the main point here: subjugating to G-d's will. If beforehand rejecting the Land of Israel was a sin, while entering it was a mitzvah, now, following the Sin of the Spies, reality has changed. Now, going up by force into the Land of Israel is in and of itself a sin. The desire to forget about what happened and rectify one's actions—tuning back the clock, as it were—is completely understandable, but it is not always appropriate. Sometimes, it is precisely the realization of the magnitude of the sin can bring us to contemplate the enormity of our fall and to realize what we have lost. It is only at this point that can we continue onwards towards our new role and purpose, post-sin.

Tisha B'Av is the day the Jewish people focus on our tremendous national losses throughout all of history. It is a day of pain, but not of despair. Our losses were awesome—a loss of our closeness to G-d, and His Divine presence that had been so palpably among us. We lost the House of G-d, along with a large number of mitzvot tied exclusively to its presence. This doesn't mean, however, that we no longer have a job to do. We most certainly do, but we need to understand that this job is different. The recognition of the situation we have deteriorated into, along with exerting our utmost effort to fulfill G-d's will and do what He wants of us at this present moment, has the power to restore the Beit Hamikdash to its former glory.

Bikurim: a Mitzvah Tied to the Land of Israel and the Beit Hamikdash

"The laws of shekalim and first fruits apply only when the Temple is standing" (Mishna Sheklalim 8:8)

Today the level of obligation for most of the mitzvot tied to the Land of Israel is rabbinic, but they are not necessarily tied to the presence of the Beit Hamikdash. For the mitzvot of separating terumot and ma'aserot to be biblical, for instance, most of the Jewish people need to live in the Land of Israel (Rambam, Hilchot Terumot 1:26); Shemita's biblical status depends on the majority of the Jewish people living in the Land of Israel in their original ancestral portions (Rambam, Hilchot Shemita and Yovel 10:8-9). Yet there is one mitzvah whose entire existence –whether biblical or rabbinic—depends on the presence of the Beit Hamikdash: the mitzvah of bringing the first fruits, bikurim.

Today there is not even a mitzvah in remembrance of the bikurim. It seems that the most genuine form of humility was to stand before G-d and to understand that everything we have is only from "What Hashem your G-d has given you and your home" (Devarim 26:11). And this is possible only when G-d's house is standing.

The Sages did not institute a commemoration for the mitzvah, but we can certainly remember it. The detailed description, full of splendor and glory, appears in the final chapter of tractate Bikurim, closing seder Zera'im (the fourth chapter about the Androginus, a hermaphrodite, is an addition from a Beriyta and is not an organic part of the Mishna as redacted by R' Yehuda HaNasi); it provides a window into that glorious era that we hope to see again speedily and in our times.

The description of the Mishna helps us identify sites along the bikurim route. At the southern section of the Western Wall, a bit north of the southwestern corner of the Temple Mount wall, there is a long, strange protrusion in the wall. In the 19th century, American archeologist Edward Robinson identified this protrusion as the part of an arch, which was duly named after him. Until the Six Day War, it was believed that this arch was the basis of a bridge that connected the Upper City (the Old City area) to Temple Mount, so there would be no need to descend to the Kotel plaza area, as we do today, and then ascend once again to Temple Mount. We know of a similar bridge in the north, in the Chain Gate area; the tunnel on the men's section (Wilson's Arch) helps form its base.

However, excavations in the area following the Six Day War, led by Prof. Binyamin Mazar, revealed that this was not part of a bridge. It turned out that it was the remains of a staircase that acted as an overpass: the ascent from the valley came from one direction (west), while the exit from the Temple Mount came from a different direction (east). As we  do not know of another such overpass in the ancient world, Rabbi Zalman Koren proposed (Ve'asu li mikdash, pp.167-169) that this was a staircase for festive processions. The procession ascended from the Lower City (today known as City of David), through the street (excavated recently) that exits under Robinson's Arch. Since it was dangerous for masses to enter Temple Mount through the underground tunnels in the southern gates (the Hulda Gates), entrance through this overpass was more secure and could be seen from all parts of the city.

This is the reason that as part of the bikurim procession the artisans of Jerusalem would stand in honor of the bikurim bearers and greet them (as described in the Mishna Bikurim 3,3). Since the procession was highly visible to the entire city, these artisans would not have to stop their work for several hours to greet all of the pilgrims bearing bikurim coming to Jerusalem (and there were apparently many throughout the summer).

It was through this overpass that the bikurim bearers came to the area mentioned in the Mishna:

Rabbi Koren maintains that since the phrase is not that they "arrived near Temple Mount" but rather "they arrived at Temple Mount," right afterwards it mentions that King Agrippa entered and only afterwards came to the courtyard, this supports Rabbi Koren's theory that the southern part of the Temple Mount plaza that exists today is an addition by Herod and does not have the sanctity of the Temple Mount. It was in this area that the pilgrims gathered, King Agrippa took the basket from his servant, and entered the sacred part of Temple Mount until he reached the courtyard, which is even holier.

Each time we pass by Robinson's Arch, we can conjure up the days of its glory, and pray that they speedily return.

"[Mourn] for the periodic sacrifices and for its first fruits and for the desecration of the Temple vessels and the altar of her incense."

From "Ali Tzion ve'areha", the last lamentation customarily recited by Ashkenazim on tisah be'av, according to the version of the Tzitz Eliezer. 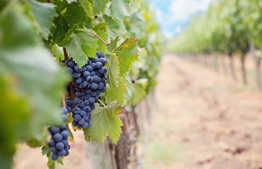 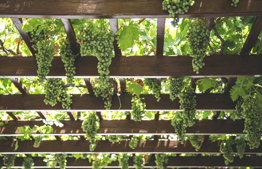 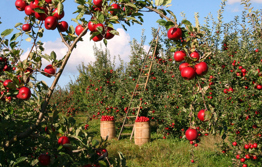 Parashat Reeh: The Importance of the Journey