Communal halachic rulings from the teachings of Rabbi Yaakov Ariel 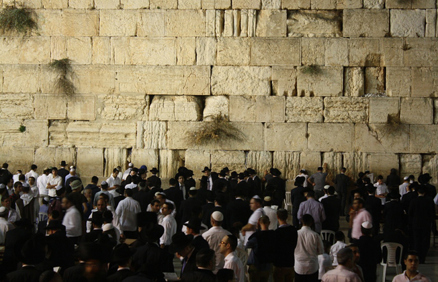 Why did Rabbi Yaakov Ariel support heter mechirah? This and other communal halachic rulings based on Rabbi Ariel’s holistic halachic approach are discussed in this abstract.

In his halachic rulings, Rabbi Yaakov Ariel relates to the special significance of communal and public issues.

When dealing with halachic questions that are communal in nature, he takes into account the future repercussions of the ruling on communal life. His halachic responsa on these topics clearly portray the extent to which Jewish law addresses the complexities of life. This strengthens the concept that a dynamic and fully functioning nation can be rooted in the Torah and operate in accordance with Hashem's guidelines.

For example: Rabbi Ariel’s decision to give his blessings to the heter mechirah (allowing Jewish-owned land to be sold to a non-Jew for the duration of the shemitah year) reflects the importance of the needs of the general public inasmuch as it addresses the livelihood and welfare of the farmers, as well as the need to protect the country’s agricultural areas from being encroached on by non-Jews. Rabbi Ariel also permits certain police force activities on Shabbat, due to communal considerations, and he plans for a future in which the police force includes Shabbat-observant Jews. Additional examples: medical information may be kept confidential since such confidentiality benefits the community; and a soldier may pursue a path in military leadership despite his parent’s opposition, based on the view that such a matter is mitzvah derabim (a precept that relates to the entire community).

The mutual responsibility aspect of shemitah