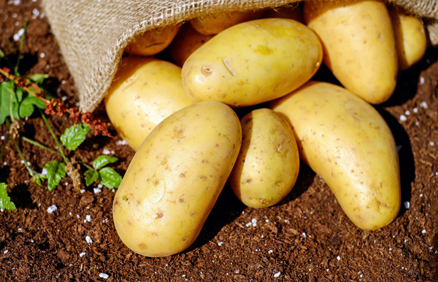 The practical laws and reasons of the mitzvah of terumah.

The Kohanim did not receive a portion in the Land of Israel. Instead, they receive gifts, as listed in Devarim (18: 3-4):

"This then shall be the priests’ due … the first fruits of your new grain and wine and oil …" .

Chazal count 24 priestly gifts. While most are linked to the Beit Hamikdash and do not apply today (ten are eaten in the Beit Hamikdash, four in Jerusalem), there are ten gifts given bagevulin (outside Jerusalem), which in principle are still applicable. These include: (1) gezel hager, (2) cherem, (3) inherited fields dedicated to G-d and not reclaimed in Yovel. According to most, these three are not given to Kohanim today for various reasons.

Another four are still applicable: (4) peter chamor, a sheep given to a Kohen in place of the firstborn donkey;(5) pidyon haben, firstborn boys need to be redeemed with five sela'im given to a Kohen; (6) reishit hagez, part of the wool sheared from sheep; and (7) foreleg, cheek, and maw of slaughtered animals.

In contrast to the last four gifts listed, there are another three gifts that are sacred and can only be eaten in a state of ritual purity: (8) terumah gedolah (heave offering) (9) terumat ma'aser (tithe of the tithe), and (10) challah. We all are familiar with taking challah, which we either burn or double bag and dispose of since we are all ritually impure and Kohanim may not eat it (abroad there is a custom to give challah to minor Kohanim).

Although Kohanim do not currently serve in the Beit Hamikdash, we still need to separate terumot. Yet, since we do not have the ashes of a red hefer and thus are ritually impure, Kohanim may not eat it.

Regarding the amount of terumah gedolah to separate, Rambam (Hilchot Terumot 3:1) states:

The Torah does not fix a set amount for terumah gedolah …Even one grain of wheat is sufficient … . Preferably, one should separate the amounts designated by the Sages (1/40, 1/50 or 1/60). Today, since it will be burned as we are impure, optimally a little bit should be separated.

In the past, the terumah was guarded to preserve its purity, and it was forbidden to "disgrace" or actively destroy it. If the terumah is kept around, we are concerned that someone could accidentally eat it and transgress the severe injunction against eating terumah. Today, since kohanim are impure and cannot eat terumah, the poskim allow us to indirectly cause terumah to go bad: we can double bag it and gently place it in the garbage.

In a clip I recently saw from a winery's terumot and ma'aserot ceremony, the climax was large amounts of terumah wine being poured down the drain amid much rejoicing. Truthfully, this should be a sad occasion; we should shed a tear and pray for the rebuilding of the Beit HaMikdash so the kohanim will be able to drink all those liters of wine in a state of purity!

After separating terumah gedolah, we need to set aside ma'aser rishon (first tithe, 10%) of what is left for the Levi. The Levi, in turn, gives 10% of what he receives to a Kohen; that is, 1% of all of the original produce (after the terumah gedolah is separated). This tithe is called terumat ma'aser by Chazal and ma'aser min hama'aser by the Torah (tithe of the tithe; Bamidbar 18:28).

The Gemara (Gittin 31) states that a Yisrael may also set aside terumat ma'aser instead of the Levi, and this is what Rambam (Hilchot Terumot 3:12) and Shulchan Aruch (YD 331:28) rule in practice. This separation is included in our text for separating terumot and ma'aserot.

The laws governing terumat ma'aser are identical to those applying to terumah gedolah. As they are both sacred and we are all ritually impure due to contact with the dead, today both terumot cannot be eaten by Kohanim. Most of the teruma that we separate from our produce today is terumat ma'aser and not terumah gedolah (which is "kolshehu," "a little bit," as we explained before).

We do we do today with teruma?

Today we are in a double-bind: on the one hand, teruma is forbidden for non-kohanim and impure kohanim to eat. Since today we all are considered impure due to contact with the dead (tumat met), no one can eat it. On the other hand, due to its sanctity, we are not supposed to cause teruma to be destroyed, degraded, or become impure. So what do we do with teruma?

It is forbidden to dispose of teruma directly into a composter. Since compost includes peels in various stages of rotting and fermentation, this directly causes the teruma to spoil. Likewise, it is forbidden to add materials that expedite the rotting process (such as worms).

Rambam (Ma'aser Sheni 3:11) writes: "The [kohen] is not obligated to eat moldy bread or putrid oil; when it is no longer worthy for human consumption, [teruma] is no longer sacred." Rabbi Shlomo Zalman Aurbach explains that putrefied terumah has the same status as animals designated as korbanot (kodashim) that died. Upon death they lose their sacred status and become permitted to non-kohanim, like any non-sacred item (chullin).

To dispose of teruma in the compost, it should be kept at home until it starts rotting. Afterwards, it can be added to the compost. At this point the terumah is no longer sacred, so even Yisraelim can benefit from it.

This is not considered a desecration of kodashim. The halachic precedence for this is that the blood from sacrifices is sacred, yet the Gemara states that this blood, which ran to the Kidron Valley (Wadi Nar), was sold to gardeners as fertilizer; this wasn't forbidden due to desecration of kodashim. For this reason, Rabbi Tucazinsky permits benefiting from rotten terumah oranges for fertilizing the orchards of Yisraelim.

When I was a kollel fellow at the Yerucham hesder yeshiva, my friend, a Kohen, would receive free oil from a local olive grower. He'd use the oil for Shabbat candles all year long. This is the practice of several olive growers, such as Meshek Achiya.

The famous Mishnah (Shabbat 2:1-2) "Bame madlikin," states: "With what may one light … one may not light with oil set for burning (shemen sereifah) on festivals." "Shemen sereifa" is terumah oil that became impure; it is called "sereifah" since it is designated to be burned, since it's forbidden for consumption (Shabbat 23a). Rabbi Chisda holds that this prohibition applies to Yom Tov that falls out on erev Shabbat. That is: it's permissible to use this oil for Friday night candle lighting, but not on Yom Tov, since burning kodashim on Yom Tov is forbidden. Most Rishonim follow Rabbi Chisda, and this is the understanding of the Acharonim (since both Rambam and Shulchan Aruch do not comment on the topic specifically).

We see, then, that Kohanim may use impure terumah oil to light Shabbat candles. Yom Tov candles can also be lit with this oil, but only on erev Yom Tov; it's forbidden to transfer fire on Yom Tov itself to light candles with impure terumah oil.

The oil needs to become "contaminated" before saying the text for separating terumot and ma'aserot (while still tevel, untithed), and not afterwards (while it will be defined as terumah), since it is forbidden to cause kodashim to become impure. This is performed by putting one's finger into the bottle containing the oil earmarked for terumah. Each bottle/vat/vessel needs to be "contaminated" in this way.

This is more complicated for Chanuka. While some forbid this, most poskim hold that Kohanim may light the menorah with impure oil. Theoretically, some even permit a Yisrael to do so if no other oil is available (today we are not lenient for Yisraelim).

Giving terumah to a Kohen's livestock

The most widespread use of terumot in Israel today is as animal fodder, given to livestock belonging to Kohanim.

Some write that the terumah produce should first be "defiled" (caused to be tamei), while others say this should not be done.

Rabbi Shmuel Salanter rules that one should not directly feed the animals; rather the terumah produce should be placed before them so animals eat it on their own (a sort of gerama). Of course, one should ascertain that the person handling the terumah produce is trustworthy and will not eat it or feed it to animals not belonging to a Kohen.

Some poskim suggest allowing the produce to rot for several days and only then feed them to animals, and also not to feed animals this produce on Shabbat or Yom Tov.

Note that generally terumot are given from Grade B fruits and vegetables, which are not worthy of selling in a regular fashion.

Terumot are generally delivered to the Biblical Zoo, the Safari in Ramat Gan, the Mini Zoo in Beit Shemesh, many cowsheds, and other places. The animals are sold to a Kohen (similar to selling chametz), these places receive a big supply of produce, and rabbis verify that the halachic conditions mentioned above are followed. While this produce is free, the zoo and other places are responsible for transporting it.

In this way, terumah is given following the halacha without throwing away food, while contributing to the community by feeding animals and helping zoos. 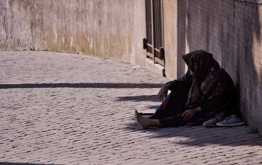 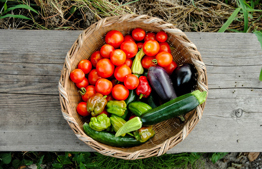 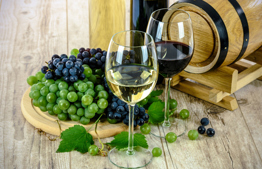 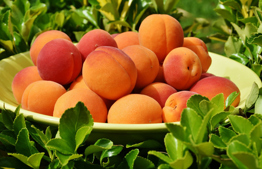