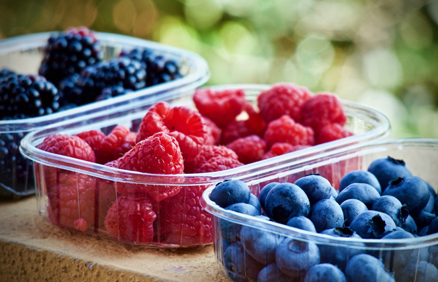 Tevel - produce that grow and Israel and Terumot and Ma'aserot were not taken from it yet. In this article we will discuss more about the Tevel

In his introduction to the laws of ma'aser, Rambam writes: "There is one precept … to set aside ma'aser rishon every year … and give it to Levites." Rambam seems to imply that this is one mitzvah with two stages. This follows his methodology (Introduction to Sefer HaMitzvot, §12), that different parts of the same mitzvah are not counted separately in the 613 count (for instance, the mitzvah of the olah sacrifice includes: slaughtering, skinning, sprinkling blood, etc.). While Ramban agrees with this approach in principle, he considers "hafrasha" (separating) and "netina" (giving) vis-à-vis terumot and ma'aserot, as two separate mitzvot: "And this is the case with tithing. Separating it is considered a mitzvah, based on the verse … 'set aside every year a tenth part of all the yield' … and [G-d] commanded giving it: "and you shall give to the Levite, stranger, orphan, and widow," meaning that one should give the Levite his portion."

For Rambam, who considers it one mitzvah, what is the primary stage?

According to Megillat Esther (Peirush of rabbi yitzhak leon from Italy, 16th century, on Sefer HaMitzvot of the Rambam), for ma'aser rishon the most important part is netina: giving it to the Levite. For terumot (and ma'aser sheni and ani), which is sacred, the important stage is the separation; teruma really belongs to G-d, and He gives it to the Kohanim.

There is a significant halachic distinction between both stages: After separating the gifts, the produce no longer has the status of tevel—even if it isn't brought to the proper destination. That is, even if I didn’t give the ma'aser sheni or ani, while I might be derelict in my mitzvah observance, I can still eat the rest of the produce. This halacha impacts the way we can perform the mitzvah of netina today, as we will see in the future (see Hilchot Ha'aretz, pp.17-18).

The Prohibition of Tevel

The Torah refers to untithed produced as "kodesh," termed "tevel" by Chazal. Some say that tevel comes from the words: "tov lo," "not good"; others maintain that the expression is derived from the word "metubal," "mixture," since the teruma, other gifts, and non-sacred parts of the produce are still mixed together.

The prohibition against eating tevel is severe, punishable by death by Heaven, as noted by Rambam (Ma'achalot Asurim 10:19, based on Zevachim 11b):

Every food obligated in the separation of terumot and ma'aserot is called "tevel" before this separation, and it is forbidden to eat of it, as it states: "They shall not desecrate the holies of the Israelites, which they set aside for the L-rd"(Vayikra 22:15). That is, they should not treat it as profane while it is still sacred, before teruma is taken. And one who eats a kezayit from tevel, before teruma gedola and terumat ma'aser are separated from it, is subject to death by Heaven, as it states: … "or to bear the sin of guilt" (ibid., 16).

The prohibition of benefiting from tevel includes deriving any benefit from the destruction of the produce (the Rishonim disagree whether the injunction is biblical or rabbinic).

This prohibition includes: feeding tevel to animals (mine, someone else's, or ownerless), burning it to heat one's home, for lamp oil, or for medicinal purposes (lubricating skin with tevel oil, tevel herbal medicines, etc.), planting or sprouting.

We may not perform mitzvot with tevel, so a tevel etrog may not be used for the arba minim.

It is permissible to smell tevel fruit (as opposed to orlah fruit, which we may not smell) and make the blessing  "הנותן ריח טוב בפירות""He who gives a pleasant scent to fruit."

There are two approaches to the tevel prohibition: some maintain that the prohibition stems from the fact that terumot and ma'aserot are all mixed together in it. This makes the produce sacred and thus forbidden to eat or destroy. Others hold that it is an independent prohibition.

Demay is a tractate that deals with produce for which we are uncertain whether terumot and ma'aserot were previously separated.

"In the days of Yochanan the high priest … the Great Court sent messengers to inspect all boundaries of Israel, and they found that everyone is meticulous about separating teruma gedola, but for ma'aser rishon (and terumat ma'aser – M.B.) and ma'aser sheni and ma'aser ani, there were ignoramuses of Israel (amei ha'aretz) who were lenient about this and would not separate them. For this reason, they instituted that only reliable people ("chaver," "a friend") be trusted regarding terumot and ma'aserot, but the status of the produce of ignoramuses is in doubt. They are not reliable to say "these are tithed." This produce is termed demay."

The Gemara (Shabbat 23a) even states that "most ignoramuses do tithe." That is, even though the majority of ignoramuses tithed and for biblical law we follow the majority, Chazal instituted that we need to separate due to doubt. As such, this separation is made without a blessing (Rambam 9:4), and the Sages are lenient about giving it to poor people (Mishna Demay 3:1).

Rabbi Shlomo Zalman Auerbach (Minchat Shlomo 1:92) writes that demay no longer applies today since the situation changed: whoever is stringent about kashrut is considered "a friend" and trustworthy, but whoever is not is worse than ignoramus at the times of Chazal, and is not reliable whatsoever. Whoever doesn't separate terumot and ma'aserot does not even separate teruma gedola. Thus, today the operative halachic term is "safek tevel," "uncertain untithed produce," not "demay."

In practice: places with a valid kashrut certificates can be relied upon; one need not tithe again at home.

Buying Vegetables in the Shuk

What happens when produce is bought in a place without kashrut certification (city markets, green grocers, etc.)? Is the seller trustworthy when he says the vegetables are not tevel?

In recent years, the kosher market has grown considerably and more stores want kashrut certification to increase their customer base.

Today most produce in the markets comes from the wholesale market, where there is generally a mashgiach who tithes most of produce. Thus it seems that most produce in the markets are tithed, even if the stand lacks kashrut certification. This is not definitely so, however, since at times untithed merchandise is sent to the market. Furthermore, at times produce comes directly from growers to the stores, not passing through the wholesale market.

Most of us won't eat meet when we know that only the majority is kosher, even if the secular sales person says it is, when there is no valid kashrut certification. The same is true regarding terumot and ma'aserot.

While halachically it is permitted to buy vegetables and take ma'aserot at home without a blessing, on the public level we should try to buy produce only from places with kashrut certification, which will motivate more stores to request certification. This will help secular individuals buy tithed produce. If only ten people each week inquire if a store has kashrut certification, there is a good chance that the storeowner will request the local rabbinate for supervision (it's generally a small monthly fee).

Street side booths present a bigger problem, and it is much more likely that the produce is tevel.

Tip: Instead of asking if the vegetables were tithed, ask if they are tevel or demay. If the seller nods "yes," then you know he doesn't know what he's talking about and that he's unreliable. 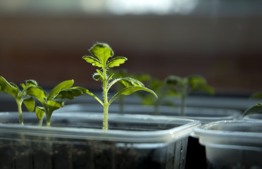 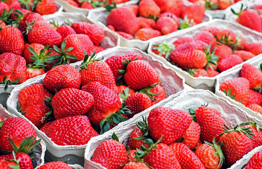 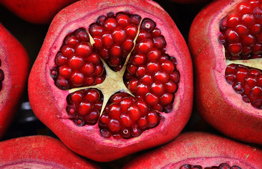 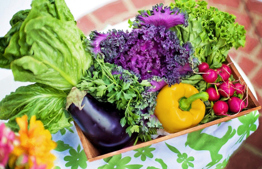