B.     The current situation

According to data from Israel's Central Bureau of Statistics (2017),[7] 99% of grain consumption in Israel is imported, while only 1% is made in Israel. Avoiding the prohibition of consuming new grain necessitates supervision of the grains imported to Israel, whether for consumption as food products, or for beer and grain-based alcoholic beverages (whiskey and the like). Similarly, kashrut supervision is required for food products that including grain, beer included (aside for the problem of bishul nochri and other possible kashrut-related issues). Of course, the Rabbinate supervises crops growing in Israel.

The Rema (YD §293:3) is lenient due to sefek-sefeka (double doubt), however, he implies that if it is clear that the grains are chadash, they would be forbidden for consumption. He adds that in places where the vast majority of the grains are chadash (and it is clear that people will not avoid eating it when told that it is forbidden), it is best not to say anything since it is preferable that people transgress inadvertently rather than intentionally.

The Bach (YD §293 and Responsa Bach Hachadashot §48–49), who sought to find a basis for the prevalent custom throughout the Disapora to eat chadash, was lenient with regard to new grain grown by non-Jews;
the Taz (YD, 293:4) was lenient due to extenuating circumstances (she'at hadechak).
Several Rishonim are lenient, holding that chadash growing outside the Land of Israel is only prohibited due to a enactment of the Sages, and even then only in the countries in close proximity to the Land of Israel, such as Babylonia and Egypt.

The Gra, however, is stringent: Be'ur HaGra YD §293:2. The Mishnah Berurah (§489:45) writes that despite the fact that the majority of Jews are lenient with the prohibition of chadash, one with a refined soul should be stringent as much as possible.
Note that chassidim tended to be lenient with the chadash prohibition outside the Land of Israel.

Outside of Israel there are countries and regions that have both summer and winter crops for their grain. For winter crops grown in the northern hemisphere, there is no issue with chadash; even if they are harvested prior to the omer offering, by the time they reach the market it will be after 16 Nissan, which will render them permissible. In contrast, summer crops, planted after Pesach and harvested in late summer will be considered chadash. It is extremely difficult to avoid eating chadash in the southern hemisphere, because from October the vast majority of the produce available in the market is chadash, planted during the winter!

[7] Most Israeli produce is exported; see Israel's Central Bureau of Statistics, Food Balance Sheet 2017, pp. 16, 30–31. While the official data for wheat and rice are listed together, the chadash prohibition, of course, does not apply to rice. Note that from 2017, corn is included in the report under "grains" and not "vegetables" (see p. 17 of the report). In 2016, imports accounted for approximately 92% of the grains. See the report, pp.16,30-31.

[8] The Chief Rabbinate's guidelines for importers can be found here (Hebrew). See pages 6 and 25, where the rabbinate prohibits import of chadash produce to Israel. 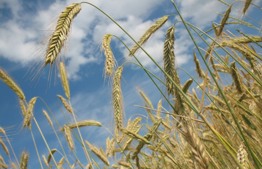