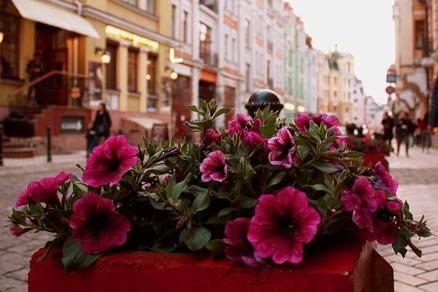 Q:
I am a resident of Modi'in and the municipality is currently expanding the road and planting flowers and trees alongside it. While I myself am not taking an active role in this activity, I am paying municipal taxes and to a certain extent, the land also belongs to me. Does that mean that I am violating shemitah laws and what am I supposed to do? Did the municipality perform heter mechirah?

A:
In principle, heter mechirah was never meant for gardening, rather for agricultural purposes. There are several places in Israel, unfortunately, that have decided to plant during shemitah (Tel Aviv and Ramat Gan municipalities). In such places, to reduce as much as possible shemitah violations, it is preferable to sell the land, but this is obviously not the best option. We checked with the assistant of the rabbi of Modi'in (Eliyahu Elharar), who told us that the municipality sold its land to a non-Jew and that only non-Jews are involved in planting activities.
Our general guidelines is to renovate during the shemitah year and wait until after shemitah to plant trees and flowers. Only in rare cases did Rabbi Yaakov Ariel shlita"h permit planting non-fruit trees in a clod of soil by a Non-Jew. This case, though, is not one of them.

Note that also filling in soil after renovation is problematic, since it is smoothing it over for future planting. Our instructions for filling in soil lechatchilah are to lay soil but not until the top: leave a space of 10–30 cm, which can be filled in after shemitah (it is recommended to cover the area with plastic sheets to prevent people from falling, even if it does not look aesthetic).

Another possibility is to fill in the upper 30 cm with material that is not fit for planting, such as gravel. After shemitah the gravel can be removed and replaced with soil.

Another possibility is to fill in the upper 30 cm with soil as usual and level it, but to cover it with synthetic grass. After shemitah, it will be possible to remove the synthetic grass and plant.

Am I transgressing shemitah if the municipality is?

Rabbi Moshe Shternbach in Teshuvot Vehanhagot (5:305, 5765) relates a story of the Chazon Ish who notified the gardener of the Bene Berak municipality that if he performs forbidden work in the city's gardens, all of the city's residents will be transgressing "And the land shall rest." This is because the public land also belongs to all of the residents and furthermore, the municipality cares for the gardens on behalf of the residents. However, continues Rabbi Shternbach, if an individual protests and declares that he is against these forbidden activities he is not transgressing shemitah prohibitions.

Rabbi Nissin Karelitz in Chut Hashani writes similarly: If possible, one should petition to the person in charge of the municipality to avoid shemitah violations. After this point, if one is not able to prevent the violation, he is no longer responsible and is considered ones. One does not need to move and is not considered violating shemitah laws.

In conclusion: You should complain to the Urban Improvement Department (SHEFA) or the municipality. It is best to also petition to religious council members, who care about shemitah, and to the city rabbi. After you have done all of this and protested the violation, you are not held accountable and are not considered violating shemitah prohibitions.

Land-dependent mitzvot during the shemitah year

Concise guidelines for gardening during shemitah