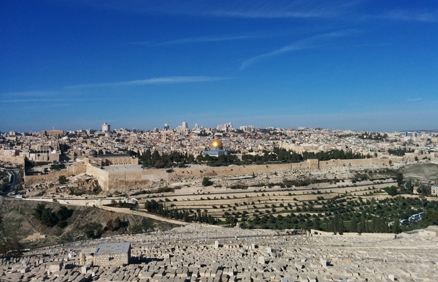 On the similarities and differences of kodashim kalim and ma'aser sheni and the special status of Jerusalem. Also: where is Ain Tav, the location for determining leap years and (possibly) sanctifying the new moon?

Our parasha highlights how both G-d and the Jewish People take steps to draw closer to one another, like groom and bride in preparation for their wedding. This wedding is scheduled to take place in just another two parshiyot: when they seal their covenant at Sinai with the Giving of the Torah. G-d pays back their Egyptian enslavers with a strong hand and an outstretched arm. The Jewish People, on their part, also act with utmost courage: taking the gods of their former masters and publically preparing to slaughter them at G-d's command.

It is no wonder that until now the Torah was full of foundational stories, but had hardly any practical commandments for the generations; only in our parasha such commandments make their first appearance. This is another manifestation of this evolving covenant between the two lovers, G-d and the Jewish People. Like a groom and bride whose wedding date is fast approaching, they must now engage in the practical, nitty-gritty details of living their lives together. Among these commandments are two sacrifices whose level of sanctity, as sacrifices come, is the least intense. If sacrifices are divided into kodshei kodashim (holy of holies) and kodashim kalim (sacrifices with a lesser degree of sanctity), the lowest level of kodashim kalim, as we learn in tractate Zevachim are the Pesach, bechor (firstborn) and ma'aser beheima (tithes from domesticated animals) sacrifices. The firstborn and Pesach offerings are first mentioned in our parasha.

Kodashim kalim may be eaten in the entire sanctified area of Jerusalem. Ma'aser sheni, the fruits set aside by the owners and brought up to Jerusalem to be eaten there in a state of ritual purity, may also be eaten only in Jerusalem. The boundaries of Jerusalem for the purposes of ma'aser sheni consumption is the identical to that for eating kodashim kalim. The fact that this halachic criterion (area of permissible consumption) is shared for two mitzvot from such completely different areas is perplexing.

Yet, there are several salient differences between kodashim kalim and ma'aser sheni. For instance, it is permissible to eat ma'aser sheni even if one became impure but immersed in a mikveh that day, even if the sun has not yet set (tevul yom). In contrast, in order to eat kodashim—even kodashim kalim—one needs to immerse and wait for sunset. Also, if necessary (for impurities such as zav or metzora), one must also first bring an atonement offering.

The emerging picture is that kodashim kalim is the least intense way that we encounter the Temple service, and they can even be eaten by a yisrael; while ma'aser sheni, in contrast, is the most sanctified way the Jewish People can elevate their fruit and eat them. One could say that kodashim kalim is an expression of G-d coming down to us, while ma'aser sheni is an expression of our attempt to elevate ourselves to meet Him. This point of encounter in these two attempts of achieving intimacy is Jerusalem.

Jerusalem: The point of connection

Jerusalem is a holy city whose sanctity is derived from the Temple, and like the Temple, its sanctity is permanent. However, it is also a city, just like any other city. People live there, not like in the sanctuary (parallel to the machane hashechina, the Camp of the Divine Presence) or even Temple Mount (parallel to the machane leviya, the Camp of the Levites). In Jerusalem regular people can go about their regular lives in their homes, and engage in routine behavior that would be considered profane on Temple Mount: "One may not enter the Holy Mount with his staff, or with his sandal, or with his belt-pouch, or with dust on his feet, and may not make it a shortcut …" (Mishna Berachot 9:5). Jerusalem is the place where the Divine Presence rests, as a result of the Temple there, however it is not the Temple—it belongs to any regular person who wants to live on a more sacred level. Jerusalemites do not have to nullify their regular lives for this purpose, however. In other words: Jerusalem can include the entirely of human experience. This is not the case on Temple Mount, where regular people (including kohahim, and even the kohen gadol) cannot live 100% of the time.

Moreover, the area of Jerusalem can expand. Our Sages tell us that Jerusalem will eventually reach Damascus, since the level of sanctity required to live in Jerusalem is a high level, yet it is attainable even by regular human beings. It is considered the most intense place of connection between G-d and the Jewish People—even more than the Temple, where regular people cannot live. The Temple is an even higher place of sanctity, where people must remove their everyday apparel, as sacred as they might be, and adorn themselves in even more exalted, spiritual garments.

May we merit to eat the kodashim kalim sacrifices and ma'aser sheni fruit in the expanded, sanctified Jerusalem speedily and in our day!

"Rabbi Judah the Prince said to Rabbi Chiya: Go to Ain Tav and sanctify the moon, and send me a sign: 'David the king of Israel lives and endures'" (Rosh Hashana 25a). If above we spoke about Jerusalem as the point of interface between G-d and the Jewish People, here we will discuss another such point of encounter: between the sanctity of the nation and the sanctity of time. The Jewish People are the ones who determine the sanctity of the holy days, and kiddush hachodesh, the sanctification of the month, is yet another mitzvah that we receive in this parasha. This sanctity is manifest also in the sanctity of location, as the Rambam rules: "Months and leap years are only calculated and determined in the Land of Israel, as it states: 'Since from Zion comes forth Torah and the word of G-d from Jerusalem' …" (Hilchot Kiddush HaChodesh 1:8; see there an exception to the rule).

The Talmud relates an account of when the waning moon was seen on the 29th of the month, but when Rabbi Chiya "chastised" it, the moon concealed itself. Rebbi (Rabbi Judah the Prince) then sends Rabbi Chiya to Ain Tav to sanctify the moon. This story is obscure in many ways, so we will deal with one aspect of the story, which itself not so clear-cut: the location of Ain Tav.

Rashi offers two explanations of Rabbi Chiya's being sent to Ain Tav. First: Rebbi feared that locals would wonder how he could sanctify the moon in his place residence, since in the morning on the 29th of the month the waning moon could still be seen. The second explanation, quoting Rashi's master, was that that there was a decree not to sanctify the month in Rebbi's place of residence, which is why they had to go all the way to Ain Tav to sanctify it. A third explanation is offered by the Tosafot (citing the Pesikta), saying that Ain Tav was the place where the moon was regularly sanctified. Indeed, Ain Tav is mentioned in several places throughout Talmudic literature in the context of the sanctification of the month.

The identification of Ain Tav could shed light on the nature of Rabbi Chiya's mission there. Even before Rebbi's time the center of the Jewish population relocated to the Galilee; Rebbi himself lived initially in Beit She'arim and later on in Tzipori, both in the Lower Galilee. It seems reasonable to assume that Ain Tav would be nearby. Rabbi Yehosef Schwartz, in his book Tevu'ot Ha'aretz, suggests that Ain Tav might be "Umm al-Tayeb," situated between Mt. Tabor and Beit She'an (perhaps Taibe, near Ramot Isachar), adjacent to wadi Tuba'ini, which descends from the Gilboa. Rabbi Yaakov Moshe Toledano (Kovetz Yerushalayim 10, ed. by Rabbi Abraham Moses Luncz) raises the possibility that this could be Aintab, in northern Syria, called by the Jewish locals Ain Tav (this is the source of the Sephardic last name Entebe). However, he immediately rejects this possibility, since years are not intercalated outside the Land of Israel, and Aintab is considered abroad (even ifone includes it in the territories conquered by King David). He offers an alternative, more plausible possibility: a place called in Arabic Ain Kateb, now the Mizpa colony, north of modern day Tiverya Illit.

However, if we explore additional sources, we may come to the conclusion that Ain Tav is in a completely different location in the Land of Israel: Judea—the moniker for Central and Southern Israel, where most of the Jewishly population and Jewish urban centers were located up until the Bar Kochba Revolt. Thus states the baraita cited in Sanhedrin 11b: "[the court] may intercalate the years only [when located] in Judea," the reason brought that this region "is the abode of the Omnipresent," that is, it is in close proximity to the Temple in Jerusalem. However, it is ruled that even if a leap year was determined in the Galilee, its intercalation holds (Mishne Torah, Kiddush HaChodesh, 4:12). However, if possible, Judea was certainly the preferred location for this end. While the Sages only refer to determining leap years in Judea, it is also highly likely that there would be a preference to sanctify the month in Judea on a regular basis.

If this is true, then we should try to find Ain Tav in Judea. Rabbi Yitzchak Goldhar in his book, Admat Kodesh, more than a century old, attempted to identify Ain Tav in the area of the Ain Toba Spring, adjacent to Kafr Umm Khalid (Mukhalid, in his book), in the modern-day Netanya area. I am not familiar with this spring, swallowed up beneath the roads of today's central Netanya. This should not be surprising, given the changes taking place in the coastal aquifer over the past few decades. If Goldhar's hypothesis is correct, it would be included in the Judea of Talmudic times, which reached all the way to central and north Sharon of today—and not only to Antipatris (between Petach Tikva and Rosh HaAyin), as noted by the Mishna in Gittin (7,7) as the border of Judea.

"ENETABA" appears on the Madaba map between Lod and Yavnel (=Yavne), which is what brought Profs. Shmuel Klein and Shmuel Safrai to identify Ain Tav as a small suburb of Lod, situated south of the city. Dr. Michael Avi-Yonah locates Ain Tav near Gimzu; while Yehuda Etzion in his article Kaze re'e vekadesh, where he reviews the various places in Judea that could possibly be Ain Tav, states that he could find no mention of the Arab name Ain Taba, noted by Avi-Yonah. Prof. Ze'ev Safrai maintains that Ain Tav is adjacent to ancient Ono (presumably Kafr 'Ana, in today's Or Yehuda region), in light of the reference to "Kafr Tab" in an Ottoman document from the 16th century. Etzion himself suggests identifying Ain Tav in a different place altogether, closer to Jerusalem: Kafr Ateb, near Bar Giora. From this place there is a broad view of the west, which could be especially helpful when the moon appears low and close to the horizon. In the Shfeila region, it would otherwise be difficult to make out the moon due to haze. Etzion also views the selection of this location, relatively close to Jerusalem—which, following the Bar Kochba Revolt, became the pagan city Aelia Capitolina—as an act of Jewish defiance, and a refusal to accept the painful state of affairs. As we see, this is also a desire to come as close as possible to "the abode of the Omnipresent" when determining matters relevant to the Jewish calendar. 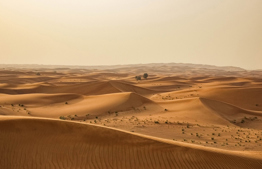 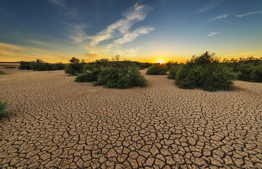 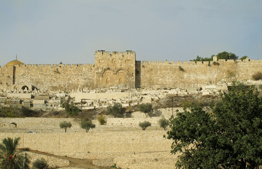