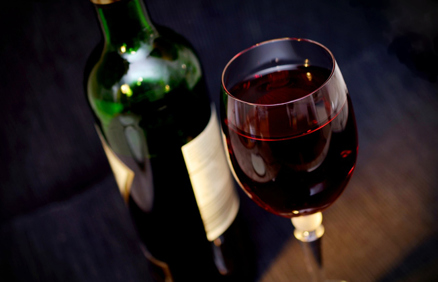 On the connection between the laws of terumot and ma'aserot and Shabbat, and a visit to the Galilee: home to the Sanhedrin in Talmudic times.

"Six days work may be done, but on the seventh day you shall have a Sabbath of complete rest, holy to the L-rd; whoever performs any work on it shall be put to death. You shall kindle no fire throughout your settlements on the Sabbath day." (Shemot 35:2-3)

The beginning of our parasha, just like the last four parshiyot (!) in the book of Shemot, mentions the mitzvah of Shabbat. It would seem that Shabbat belongs to the "lifestyle" part of the Torah, just like name of the section of the Shulchan Aruch—Orach Chayim—that details its many laws. On the other hand, the mitzvot tied to the Land of Israel are found in the Yoreh De'ah section of the Shulchan Aruch. At face value, it would seem that these two types of mitzvot are unrelated.

However, these mitzvot are linked. As we know, it is forbidden to eat fruits and vegetables in Israel unless terumot and ma'aserot are first separated. In any case, if one's intent is to bring the produce into the house, it is permitted to partake of them without this separation. Eating produce in such a fashion is called achilat ara'i, literally "temporary eating," or snacking. There are six things that can nullify the temporary nature of eating and obligates one to separate terumot and ma'aserot before eating the produce, even if it has not been brought into the home (Rambam, Hilchot Ma'aser 3:3). One of them is Shabbat. Why so? Rambam (Peirush HaMishna Terumot 8:3) explains as follows:

"Before the Shabbat enters, everything becomes ready and prepared for eating, and thus obligated in tithing, as G-d says: "And you shall call Shabbat a pleasure" (Yesha'ayahu 58:13), and for this reason everything that one has is prepared to eat and drink from it on Shabbat." In other words: since we are commanded to enjoy Shabbat, everything that we have at home that can enhance this pleasure is actually considered prepared and earmarked for this end. This is why one cannot consider this type of eating "temporary eating."

Here is the place for the question: why does Shabbat change the situation? How does a mundane act, performed to fulfill one's desires (even if this is in a permitted fashion) on a weekday, turn into a positive, pure, and sacred pleasure? What is the secret here?

Before we attempt to answer this million-dollar question, we first need to debunk a myth. G-d does not want to prevent us from enjoying worldly pleasures. On the contrary: just as we will say birkat ha'ilanot, the blessing for the trees, on  Chodesh Nissan—G-d created "good creations and good trees [precisely] for the enjoyment of mankind!" If so, why do we have this misconception that enjoying worldly pleasures is a negative thing?

It seems that the answer lies in what the purpose of this enjoyment is. Often, the pursuit of pleasure is actually a futile attempt to fulfill a genuine need. Someone might be feeling empty and depressed since inside he feels that he is not fulfilling his purpose in life. So he eats a chocolate bar. While this is not an evil action, it would be hard to say that by doing so he is actually fulfilling his true need (unless he is a professional judge for international chocolate contests). Similarly, people might be drawn to other physical desires, such as illicit relations, since they lack genuine love; they believe they will find the love they seek by doing so. Of course, engaging in forbidden relations will never meet their true need. This is a dangerous pleasure, since it masks the soul's desperate cries of distress.

In contrast, if the pursuit of physical pleasure stems from a genuine desire to enjoy what G-d created for us, in a balanced and reasonable fashion, with an emphasis on the important things in life—Shabbat is the best time to do so. This is because Shabbat is the time of rest that gives us a taste of what is in store for us in the World to Come, where such pleasures are wonderful and sacred. We rejoice, and G-d, who loves each and every person like an only child, rejoices together with us. G-d created these pleasures to benefit mankind: "Call the Shabbat 'delight,' the L-rd's holy day 'honored'! " (Yesha'ayahu 58:13).

Snacking from the Galilee to Judea

This mishna relates to someone who brings produce from one region with the intention to eat it in another region. The first opinion cited is that it is permitted to snack on such fruit without first separating terumot and ma'aserot until arriving at one's intended destination. However, if midway the person decides to return and eat the fruit at one's original location, it is permissible to snack on the fruit all the way back to that point. Rabbi Meir disagrees. He holds that if one decides to stay for Shabbat at a certain location in the middle of this journey, he is no longer considered "mid-trek." The moment he arrives at the location where he will stay for Shabbat, any eating he does there  is considered permanent (even if he arrives on Thursday, say). For this reason one's partaking of the produce cannot be called "snacking," andeven if Shabbat had not yet entered he must separate terumot and ma'aserot before eating the produce (Radbaz, Hilchot Ma'aser 4:11). Of course, all opinions agree that one must separate terumot and ma'aserot before it is permitted to partake in this produce on Shabbat. 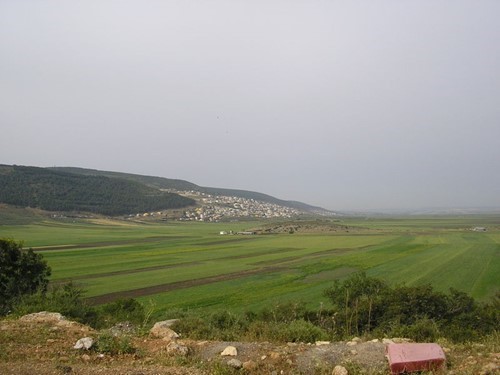 View of Turan and Yotvat Hills and Netofa Valley from Mt. Yonah in the Lower Galilee

The regions cited by the Mishna, Galilee and Judea, were the two locations where major concentrations of the Jewish population lived in the Land of Israel during Mishnaic and Talmudic times. During Mishnaic era, following the Great Rebellion (during which the Second Temple was destroyed), and especially as a result of the Bar Kochba Revolt (that broke out 62 years after its destruction), the majority of the Jewish population relocated to the Galilee.

While during the time of the Israelite kingdom the Galilee had been the seat of the Israelite population, as a result of the Assyrian Exile, Jews no longer lived there. Even during the return to Zion in early Second Temple times, the few returnees settled primarily in Jerusalem and its environs, called Judea by the Sages. Even so, we also hear about Jews who resided in the Galilee, rescued by the Hasmonean warriors during the Hasmonean Rebellion. However, it was only Hasmonean ruler Judah Aristobulus I, grandson of Matityahu the Priest (who ruled for one year only) who annexed the Galilee to the Hasmonean kingdom.

Even when a Jewish population did settle in the Galilee, it consisted primarily of simple folk, not those well versed in Torah. Tractate Shabbat relates how Rabbi Yochanan ben Zakai was asked only two questions in Arab (today the Arab town of Arraba, or 'Arrabat al Battuf', in the Sakhnin Valley, Lower Galilee). The Talmud explains that while he lived there for a long time, he was asked only two questions throughout this entire time, indicative of the level of interest (or rather, lack thereof) the Galilean Jews had in Torah study.

A major change in population followed the Bar Kochba Revolt. About the mass migration of Jews to the Galilee, which was nearly unaffected by the Bar Kochba Revolt (in contrast to Judea), we can see from three different sources. The first is a Talmudic recount of the numerous relocations of the Sanhedrin (Rosh Hashana 31), the Jews' ultimate spiritual authority, which moved from Yavne (in Judea) to Usha, Shefaram, Beit She'arim, Zippori, and Tiberius—all in the Galilee. Another source is parts of an inscription dating back to the Talmudic era discovered in a synagogue in Caesarea. Parallel texts were found in Yemen and in the lamentation of Rabbi Elazar HaKalir, recounting the relocation of the priestly division (mishmeret kohanim), who lived in the Jerusalem environs, to the Galilee following the Temple's destruction. A third source is the incredible finding of the remains of dozens of synagogues from the Talmudic era discovered throughout the Galilee and Central Golan (then considered part of the Jewish Galilee).

The Jewish settlement in the Galilee survived the harsh times of the Christian Byzantine era in the Land of Israel during the Talmudic era. With the Arab conquest of the country, however, the general Galilean population dwindled considerably, including its Jewish residents. This marked the beginning of the severance of the Jewish People from its land—physically, not spiritually. And as the final stop where the majority of the Jewish population resided was in the Galilee—in Tiberius—our Sages inform us that this is the place from where our final redemption will begin (Rosh Hashana 31b). 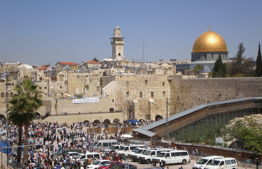 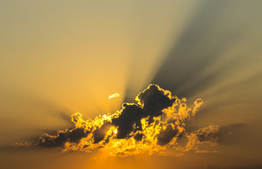 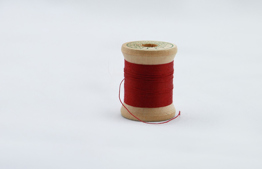