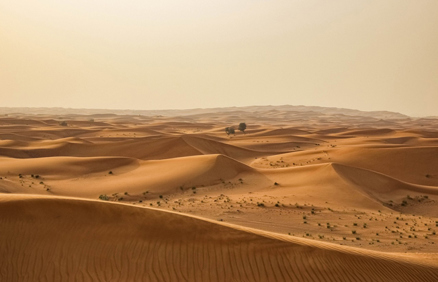 Rabbi Yehuda HaLevy maintains that Mt. Sinai is part of the Land of Israel. The advantage of the Torah being given in the desert and not in a tribe's portion, the halachic status of the Sinai Peninsula, and a visit to Jebel Musa, the most famous identification for Mt. Sinai.

The Revelation at Sinai – in the Land of Israel

Nevertheless, Rabbi Yehuda HaLevy does not try to place Mt. Sinai (about whose location there is no clear tradition) in a more central location in the Land of Israel. Doubtless, it is at the country's outskirts—not like another mountain who has an ancient sacred tradition, Mt. Moriah. The stark contrast between Rabbi Yehuda HaLevy's clear statement that Mt. Sinai is in the Land of Israel and the simple understanding, stressed by our Sages in several places, that the Torah was purposefully given in the desert, far from the promised Land—is extremely perplexing.

The Land of Israel: a natural, but problematic choice

In the physical world, as opposed to the spiritual world, there is absolute ownership. One person's possession belongs to him alone and not to another, unless they are partners. This ownership creates a sense of responsibility on the owner's part to protect and develop this possession. In the case where there is only one owner, he will feel that much more responsibility vis-à-vis the possession, whereas where there are partners involved—our Sages taught us that "the pot of partners is neither hot nor cold" since each one shirks responsibility and counts on the partner to take care of it. In contrast, the world of spirituality is different: there is no ownership of possessions. Truth does not belong to any one person, and spiritual ideas can be shared by many: "a candle to one is a candle to one hundred."

This is certainly one of the reasons that G-d decided that the Land of Israel would be divided up into tribal and individual portions. Unlike the JNF policy, where national lands are not sold but only leased (and this is not the forum to delve into the differences between the outlook of the JNF vs. that of the Torah), G-d specifically did not want to create a big communal kibbutz here. Rather, He gave every Jew an individual portion to be responsible for, so the entire country would be properly developed. Of course, to ensure that everyone remembers Who the land belongs to, many mitzvot and restrictions are attached to land possession—first and foremost shemita and yovel, the Sabbatical and Jubilee years. However, let us not forget that these mitzvot take place only once in a while, while most of the time the laws of individual land possession apply.

It is clear that in light of the above, had the Torah been given in one tribe's portion, that tribe would feel closer and more obligated to the Torah while others might feel farther away from it. This, of course, flies in the face of the fundamentals of the Torah, which is the portion of all.

Since this is the case the Torah could not be given in a place that was not considered the Land of Israel on the one hand; at the same time, it could not be given in the land apportioned to the twelve tribes. It seems, then, that the most appropriate place is the part of the country not apportioned to the tribes (while at certain times it is possible that members of the tribe of Shimon lived in Sinai; yet, it was not clear exactly where—if this included the Mt. Sinai area, and if this was considered their portion). Thus, the Sinai desert was the perfect choice.

Rabbi Yehuda HaLevy's statement that the Sinai Desert is part of the Land of Israel seems to have halachic significance. After all, the question of whether a specific region is included in the Land of Israel does not end with its spiritual aspects, but relates also to practical halachot associated with it: the mitzvot tied to the Land of Israel, the mitzvah of settling the land, and the prohibition of lo techonem, not allowing non-Jews to reside there.

We know of three different sets of boundaries of the Land of Israel. The first is called gevulot hahavtacha, the boundaries of the promise. That is, the lands promised to Avraham Avinu in the brit bein habetarim, about which the Torah seems to refer to in parashat Mishpatim, in a verse quoted by Rabbi Yehuda HaLevy: "I will set your borders from the Red Sea to the Philistine Sea, and from the desert to the river "(Shemot 23:31). These are very broad boundaries, which if they were ever in our hands in their entirety, it was only during the reigns of Kings David and Shlomo.

An additional set of borders appear in parashat Masei. These borders are much narrower, and are generally viewed as the borders of olei Mitzrayim, that is, the region that would be conquered in practice by the Israelites who entered the Land of Israel.

Yet another set of boundaries are the borders of olei Bavel. These borders are obviously not mentioned in the Five Books of Moses, as these areas were settled in Ezra's time, hundreds of years after the Torah's writing was completed. Yet, they are mentioned in Talmudic sources, the most succinct being a baraita regarding the country's borders (baraita de-techumin), which appears in several versions throughout Talmudic sources, and even in an ancient inscription discovered in the Rehov synagogue in the Beit She'an Valley.

The Rambam. In the beginning of the laws of terumot, mentions several regions in the context of the mitzvot tied to the Land of Israel. He mentions the region of olei Bavel, where all these mitzvot apply on the highest level (and when all of the Jewish People will live in the Land of Israel, they will apply as a biblical obligation). He also notes the borders of olei Mitzrayim, where the mitzvot tied to the Land apply as well (at least according to the Rambam), but at a lower level of obligation. For instance, here the rabbinic prohibition against eating sefichin, self-seeding produce, during the shemita year does not apply.

The Rambam mentions additional areas: our Sages instituted some of the land-bound mitzvot in Syria and even places that are without a question outside the Land of Israel. It seems that the Rambam does not give a unique halachic status to the gevulot hahavtacha in a way that is any different than lands outside of Israel, at least with regard to the special land-related mitzvot. It is possible that at times its status is like Syria's intermediate status, and at times some areas will be subject to these special mitzvot, like certain countries outside the Land of Israel. However, these areas do not enjoy a special status in light of the fact that they were promised to us and that one day they will be considered part of the country. Note that this relates to the mitzvot tied to the Land of Israel; a separate discussion is necessary to determine whether this is also true with regards to the mitzvot to settle the Land and lo techonem.

Note that not all of the Sinai Peninsula is included only in the gevulot hahavtacha. The northeast part of the Sinai Peninsula, where the Yamit region was until 5742 (1982), is even included in the borders of olei Mitzrayim (as proven by Rabbi Yaakov Ariel based on most of the Rambam's commentaries and most of the Rishonim; see Ohala Shel Torah 3,2; Ohala Shel Torah 4,42). This region is well before Wadi el-Arish, which is Nachal Mitzrayim (the land of Israel's southwestern border of gevulot hahavtacha) according to narrower interpretations (the broader interpretation identifies Nachal Mitzrayim, on the Nile's eastern branch, on the northwest of the Sinai Peninsula, adjacent to the ancient city Pelusium; this branch no longer exists today). The question is: what is the status of the southern section of the Sinai Peninsula, which includes Jebel Musa, the most famous identification of Mt. Sinai? Even according to the broader boundaries this is not so clear-cut.

The identification of Jebel Musa as Mt. Sinai is considered a Christian tradition. This tradition claims that Helena, the mother of Caesar Constantine, responsible for first spreading Christianity throughout the Roman Empire, is the one who identified this mountain as Mt. Sinai (along with many other sites she identified that were linked with the annuls of Jesus and his disciples in the Land of Israel). If this identification was only due to her imaginative fancies, of course it is worthless to us. However, if it is based on Jewish tradition, it certainly deserves our attention.

The Mountain of Moses, Jebel Musa in Arabic, towers some 2,285 m above sea level. This majestic height does not fit in with the descriptions of the Midrash about a relatively small mountain (even though another possible identification of Mt. Sinai, Mt. Catherine, situated south of it, is 400 m taller). This mountain is part of an elongated mountain range composed of red granite stone, whereas the tallest part of Jebel Musa is different and made of volcanic stone; it is quite possible that it is a volcano. At the foot of the mountain is the Greek Orthodox St. Catherine monastery, one of the more veteran monasteries operating continuously ever since the Byzantine era. Some 3,000 steps lead from the monastery to the mountain's summit. The Colutea istrai Mill. shrub grows nearby the monastery, which the Christians identify as the burning bush. Note that according to Dr. Moshe Raanan, the burning bush was Rubus Sanctus, whose scientific name in Hebrew is petel kadosh, commonly known as "holy bramble," named after Moshe's revelation there. 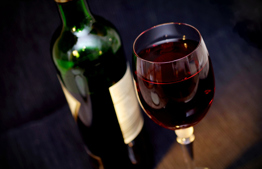 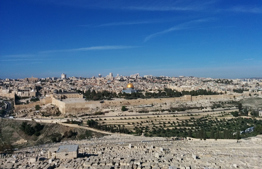