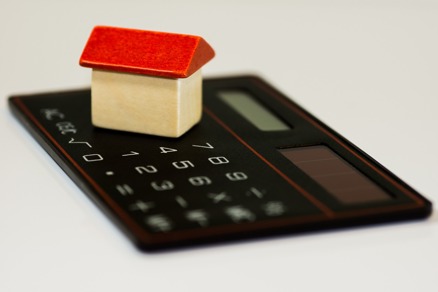 Chazal juxtapose shemitat kesafim, the cancellation of debts, and shetmitat karka’ot, the nullification of ownership over the Land of Israel, and apply halachic principles from one concept to the other. In this way Chazal present shemitat karka’ot as complementing the Torah precept of shemitat kesafim. This begs the question: what brought Chazal to equate the two mitzvot?

The Torah commands us to write off debts in the shemitah year, as it states in Devarim 15:1-3:

At the end of seven years, you shall institute a remission (shemitah). This is the matter of the remission: every creditor shall remit his authority over what he has lent to his fellow; he shall not press his fellow or his brother, for He has proclaimed a remission for Hashem. You may press the gentile; but over what you have with your brother, you shall remit your authority.

The Jewish people were commanded this mitzvah of shemitat karka’ot immediately following the giving of the Torah, while standing at Mt. Sinai. As we know from parashat Mishpatim (Shemot 23:11): “And in the seventh [year] you shall leave [the land] untended and unharvested, and the destitute of your people shall eat […].” This verse teaches us that we are prohibited from working the land in the seventh year and that we must declare our produce ownerless. However, in the book of Devarim, as we are waiting to enter the Land of Israel, the Torah adds another mitzva, namely the cancellation of debts in the shemitah year. At first blush this seems strange—why is this mitzvah only commanded now, in preparation to enter the Land of Israel, and not mentioned together with the mitzvah of shemitat karka’ot at the time of the Giving of the Torah?

Chazal juxtapose the two mitzvot and apply principles from one precept to the other so that the cancellation of debts complements the Torah precept of the nullification of land ownership. This begs the question: what brought Chazal to equate the two concepts?

Moreover, why does the Torah mandate the cancellation of debts specifically during the year when we remit ownership over the Land of Israel? It seems that it is possible to cancel debts during any other year of the shemitah cycle! The Gemara states that debts are automatically canceled at the end of seven years, regardless and independent of the shemitah year per se. Chazal explain, however, “Come the seventh year, the Sabbatical year, it is the seventh for all matters.” Thus, we are still left with our question: why are these two mitzvot juxtaposed?

Rabenu Bechaye (Devarim 15:2) explains the mitzvah of the cancellation of debts as follows:

“And this is the matter of the remission (shemitah).” Chazal state: the creditor tells the debtor: “I remit [my authority over the loan] when he brings his money after the passing of the Sabbatical year. If the debtor tells the creditor, “I want to pay you,” the creditor may accept [payment] from him. This is because the scripture does not mention that the creditor should not pay his loan as it does regarding interest, which it prohibits from both [the creditor and debtor], as it says, “you may not charge interest to your brother,” which is a warning to the debtor. As regarding the shemitah year, though, the Torah only warns the creditor not to press the debtor for repayment, and to refrain from conducting himself as a master [over the debtor] to coerce him to repay.

We learn from Rabbenu Bechaye that the crux of shemitat kesafim is not the prohibition of accepting repayment of debts after the shemitah year. Rather it is that man must not act as a master over his fellow, a mastership demonstrated by the creditor collecting debts. The prohibition against man being a master over one’s fellow we also learn from the mitzvah of shemitat karka’ot: the Torah prohibits us from working the land during the shemitah year so that we demonstrate that we do not own the land. Moreover, all of the prohibitions associated with conducting business with the produce of the shemitah year were instituted so that man not take ownership of the produce of his field, saying, “I am the owner of this field and I will decide on the price and to whom it will be distributed.” Rather, it all belongs to Hashem. So too, the owner of the field also belongs to Hashem, so he does not have mastership over anything in His world. In this way, these two shemitot complement each other: shemitat karka'ot teaches us that we are not the owners of our land and cannot work it whenever we desire—we are not master over the inanimate. The sanctity of the produce of the shemitah year teaches us that we are not the supreme owner of our produce: we are not masters over vegetable life. The cancelation of debts completes this triangle: we are not the masters of our fellows and cannot collect debts from them.

A special people and a special Land

The prohibition against working the land only applies in the Land of Israel; it is perfectly fine to work the land abroad during the shemitah year. The prohibition against collecting debts during the shemitah year applies only to Jews: “He shall not press his fellow or his brother,” while “You may press the gentile.” Some commentaries even read the latter verse as a positive precept to collect debts during the shemitah year from gentiles. From here we learn that there is land and there is land, there are people and there are people. Hashem prohibits us from taking mastery over the Land of Israel, the Chosen Land, and similarly prohibited us from collecting debts from a Jew, a member of the Chosen Nation, “The nation I fashioned who declares My praise.”

The special status of the Land of Israel was well known to the Jewish People since the days of the forefathers, who were promised the Land, as well as the Israelites who left Egypt who already knew that it flowed with milk and honey. However,  the recognition of the special status of the Jewish People only came when they were about to enter the Land of Israel, after having gone through all the trials and tribulations in the desert, when they are finally prepared to cross the Jordan River. At this point, at the opening of the parashah, they were given a new covenant—the curses and the blessings at Mts. Gerizim and Eval—which all teach us of the Jews’ special status and that man cannot press or oppress his fellow. For this reason, the Torah left the section about the cancellation of debts for the book of Devarim (parashat Re’eh), when the Jewish People reach the summit of their splendor. In essence, we lean here that shemitat karka’ot and shemitat kesafim are one and the same.

The Rishonim disagree about when the prohibition against debt collection begins. The Rosh maintains that it is forbidden to collect debts the entire shemitah year. While the actual remission takes force at the end of the shemitah year, one may not sue another to collect debts from the start of the shemitah year, “for He has proclaimed a remission for Hashem.”  In contrast, the majority of the Rishonim opine that this prohibition only takes effect at the end of the shemitah year, but throughout the year it is permissible to collect debts. What, then, lies at the core of this dispute? According to the Rosh the semita year, when man is no longer master over his land or produce, proves that the actual year is sacred—so certainly debtors should not be pressed into repayment due to the year’s special status. However, the Rishonim who hold that the remission takes place only at the end of the shemitah year believe that only after we recognize the special status of the plant life in the Land of Israel, and eat its sacred fruit, only then does can do we ascend to a higher status. Only then is it appropriate to institute the prohibition against collecting debts from the sacred Jew. In other words, the sanctity of the shemitah year reveals the sacred status of the Jew. By involving himself in activities associated with the sanctity of the seventh year he attains the lofty status of the exalted Jew, from whom it is not appropriate to collect debts.

Conclusion: a call to action

Throughout the shemitah year, we discover the sanctity of the Land of Israel and its produce. At the end of the year, we discover the holiness latent in every single Jew, as we will not be able to collect their debts. Unfortunately, however, most people will go through the standard procedure of writing up a prozbul, in which they transmit their debts to the rabbinical court. This document will exempt them from the mitzvah of shemitat kesafim, and they will continue to collect debts from their fellow Jews after the shemitah year. While the prozbul is a halachic institution, we are losing out on the very soul of the mitzvah of canceling debts—just as we would if we sell our land to a non-Jew during the shemitah year, thus relinquishing the soul of shemitat karka’ot. We now call on everyone to raise the flag of the shemitah year and discover the sanctity of the Land of Israel and of the People of Israel: to do everything in our power to remit our ownership over the Land, and at the same time do all we can to observe the mitzvah of remitting debts. To observe the mitzvah as it appears in the Torah, instead of finding loopholes to exempt ourselves from it and abandoning this lofty Torah commandment. At least we should perform this mitzvah for some of the loans we have given, and thereby discover the sanctity of the Jew—“He shall not press his fellow or his brother, for He has proclaimed a remission for Hashem.” 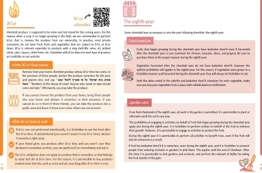