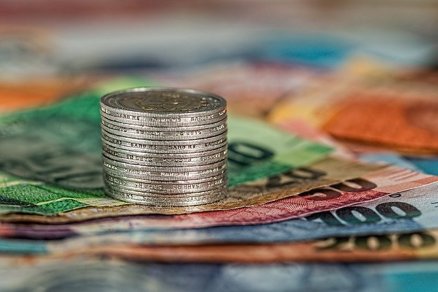 Shemitat kesafim is a seemingly remote utopian vision. Debts incurred by the indigent from money borrowed over the years to sustain their families are wiped out. Nedivei Eretz, a joint initiative by Torah VeHa'aretz Institute and Pa'amonim, transforms reality into this utopia.

Also in this shemitah year (5782), the Nedivei Eretz initiative is active, this year taking place together with mekimi. See more here.

The mitzvah of shemitat kesafim, loan remission, seems to us a remote utopian vision. Our hearts go out to the weaker strata of society who often flounder under the capitalistic regime we live in. The Torah offers us a more moral path, one exquisitely sensitive to the unempowered. We are commanded a whole slew of social injunctions, the most far-reaching of which is the mitzvah of loan remission - Shemitat Kesafim. For six years the gap between the various strata of the population keeps widening, while the poor buckle beneath the unbearable yolk of life. Then, once every seven years, the Torah, as it were, brings in a grand social equalizer. The loans that the indigent were forced to borrow over the years to keep themselves and families alive are remitted, completely wiped out. At the end of the shemitah year, the loaners exempt everyone from returning their debts.

The Mishnah (Shevi'it 10:8) states: "One who returns a debt [following] the seventh year, the creditor must say to the debtor: 'I remit it.'" This means that at the conclusion of the shemitah year, all debts are canceled. However, we also see that the Torah nonetheless encourages everyone to return their loans, as the Mishnah continues: "But the debtor should say, 'Even so [I will repay it].' The creditor may then accept it from him." Furthermore, the following Mishnah says that "one who repays his debts after the seventh year, the sages are pleased with him." This implies that the Sages actively encourage repaying loans.

Each time I read parashat Re'eh (Devarim 15), which deals with this mitzvah, the words are chilling. The Torah perfectly understands human nature. Thus, it states:

"Beware lest you harbor the base thought, “The seventh year, the year of remission, is approaching,” so that you are mean and give nothing to your destitute kin—who will cry out to G-d against you and you will incur guilt."

This is on the one hand, but on the other hand, the mitzvah seems so detached from our lives that it seems to relate only to messianic times, a futuristic ideal reality. All modern finance is built on credit. This is how factories are built, which create employment for workers. This is how projects are advanced. The economics systems of entire countries are based on credit. Even a superpower such as the United States has external debt exceeding 16 trillion dollars. Just imagine that the shemitah year arrives and all of these debts are cancelled. The economic systems of all countries would collapse! Even on an individual basis: several years ago I was in overdraft and took a loan from a sibling to cover the debt to the bank, when shemitah comes the debt is cancelled. The question is, then: what is the point of the mitzvah? Is it so that those who take out loans to advance their business and make a nice profit or consume sums beyond their income – all their debt will be canceled?

Rabbi Yaakov Ariel addresses this dilemma in two articles he wrote about shemitat kesafim at the end of his work Ba'ohalei Sadeh. He notes the fact that in the section of the Torah that discusses shemitat kesafim, the word evyon, destitute, is mentioned four times (Devarim 15, 7-11): "However, may there be no destitute among you"; "If, however, there is a destitute person among you"; " do not harden your heart and shut your hand against your needy kin"; "you are mean and give nothing to your destitute kin." Loan remission is meant to help the destitute. Rambam writes at the end of Hilchot Matanot Aniyim (10,7) that the best form of charity is extricating the poor from the cycle of poverty by giving a loan that allows him to stand on his own two feet. Such loans, or loans meant to cover a person's most basic needs – these are the type of loans that the shemitah year cancels. It is not for the rich to become richer, or to become richer at the expense of the creditors, who will lose out. The Torah is not supporting mowing down the debts of rich debtors, unless this can help out the poor! For this reason, we also see this dual attitude to debtors.

From the above we can resolve the seeming conflict we raised initially: on the one hand there is a mitzvah to remit loans to assist the poor who borrowed money, to help extricate themselves from their financial quagmire. On the other hand, our mishnah states (ibid.): "One who returns a debt [following] the seventh year, the creditor must say to the debtor: 'I remit it.' But the debtor should say, 'Even so [I will repay it].' The creditor may then accept it from him." And even moreover: "one who repays his debts after the seventh year, the sages are pleased with him." The reason being that shemitat kesafim is not meant for those who have the ability to repay their loans and actually repay them.

The third mishnah of the chapter relates Hillel's institution of prozbul. Hillel saw that in his day, during the Second Temple period, people avoided giving out loans. For this reason, out of concern for the plight of the poor, he instituted that creditors can transfer their loans to a rabbinical court – beit din. Debts to a court are not remitted.

There are cases when the mitzvah of shemitat kesafim does not fill its purpose and would subvert the intended purpose of the Torah, such as cases I mentioned earlier when the rich use credit to advance their business ventures. For credit of this nature, a prozbul should be employed. However, those who use the prozbul to avoid the obligation of remitting loans the poor borrowed to help them keep afloat, support themselves, and provide for their basic needs—it is in this case that Shmuel stated in Gittin 36a that prozbul is a "disgrace and brazenness to the court justices," as the creditors take back their money unlawfully.

Last shemitah (5768) Torah VeHa'aretz Institute, in conjunction with Paamonim launched a project to facilitate the performance of shemitat kesafim in a mehadrin fashion. The project, called Nedivei Eretz ("the generous of the Land") brought together several parties. It hooked up creditors and donors with Paamonim as the legal representatives of the poor to the banks. The idea was to interest as many people to give a loan – at any sum they choose – to be remitted at the end of the shemitah year. This accomplishes two things: first the creditor performs the mitzvah of shemitat kesafim. On the other side of the coin is the poor borrowers. Nedivei Eretz contact the banks and makes an offer. It is known that there are many loans that banks have a difficult time collecting and they consider them lost causes. We at Nedivei Eretz offer to cover the cost of these debts instead of the poor borrowers who are not able to pay back the loan. The bank, on its part, matches each donation—shekel to shekel. Thank G-d, the project was extremely successful, exceeding our expectations. We raised NIS 2,000,000 and helped more than 100 families who were over their heads in debt and had no way of emerging from their dire financial situation.

We put together a prozbul with the regular wording at the beginning:

"Before us stands …. And asked us: acquire from us in a complete transaction … you are my witnesses that I am transferring any debt I have to the important rabbinical court …"
Towards the end, we formulated a declaration for the creditor-donor to perform the mitzvah of loan remission in a mehadrin fashion:

I hereby designate a loan of NIS _________ to such-and-such, such-and-such, and such-and-such, members of the Nedivei Eretz committee, to be paid on 29 Elul 5782. With this loan I am interested performing the mitzvah of shemitat kesafim. The money remitted will be distributed to the poor and destitute at the discretion of the public committee of Nedivei Eretz.

The above concept was not the invention of Torah Veha'aretz Institute or of Paamonim. It was already recorded by Rabbi Yosef Haim, the Ben Ish Hai (1835-1909, Year I, Ki Tavo §26):

"There are those who are accustomed, after drawing up the prozbul, to lend a certain amount to a friend, an amount for which is not accounted for by the prozbul since it is given after the prozbul was written. Then after Rosh Hashanah, when his friend brings him the money to repay the loan, he will tell him, "I remit it," and he will refuse to receive it from him. The borrower will rejoice in this money while the creditor will rejoice in the mitzvah of shemitat kesafim that he actually observed."

Baruch Hashem, we are also getting ready this shemitah, to repeat last year's success. It is our hope that in the merit of this important mitzvah that we will merit two things that the Torah promises us following the observance of the mitzvah: "Since G-d will surely bless you": (1) we will reduce the social gaps in society – "However, may there be no destitute among you"; (2) the promise that we will become established in the land of our forefathers: "in the land the L-rd your G-d has given you as a portion to inherit." 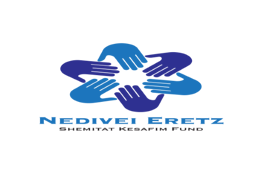