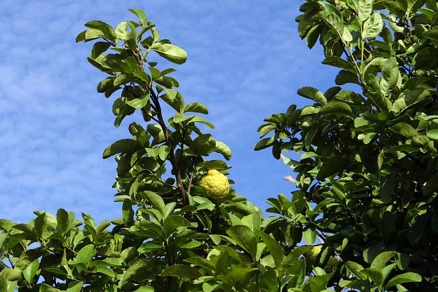 During non-shemitah years, many customarily turn their etrogim into jam or liquor. As for shemitah etrogim, many wonder:
1. Is this permissible?
2. Is it safe (this applies to all years), considering pesticides?

Our agronomist, Yehuda Heller, checked this claim and arrived at similar conclusions as those of Prof. Goldschmidt, a citrus and etrog specialist, who conducted a study on the issue several years ago. In lab tests performed on etrogim after Sukkot, it was discovered that there was a slight deviation from the authorized amount of pesticides, but most were discovered in the outer peel. In the inner part, the part used for jam, there were nearly no abnormal results.

Consider, too, that the process of preparing jam includes soaking and repeated boiling and changing water. The boiling process, also, breaks down many of the pesticide traces.

Furthermore, it is important to remember that the damage caused by pesticide is cumulative: eating a fruit with a small amount of pesticide traces will not cause any problems unless eaten in large amounts and regularly. Etrog jam is generally eaten in small amounts each time, so it does not pose a true health hazard (similarly, if at one point, someone eats an entire bar of chocolate in one go, it does not truly hazardous to their health).

In conclusion: it is best to prepare etrog jam and it is not hazardous. Bon appétit!