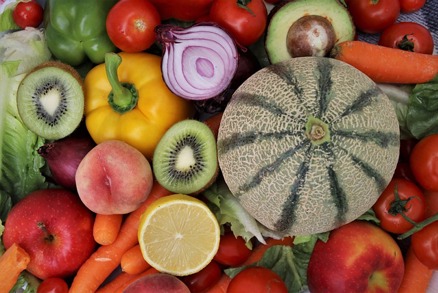 Many kashrut organizations abroad warn against purchasing Israeli produce during shemitah. What are the issues involved and what should be done if such produce is purchased inadvertently? Is exported produce at least heter mechirah?

There are many fruits and vegetables that are exported to various countries from Israel. Major kashrut organizations, such as the OU, Star-K, Manchester Beit Din, and KLBD tell their communities to avoid purchasing Israeli produce during shemitah. Some even instruct that if such produce is bought by accident, they should not eat it and let it rot. Is this because all of the produce is heter mechirah and they do not rely on it? What is the stance of Torah VeHa'aretz Institute on the topic?

Before I answer this question, I would like to stress that everyone should follow the rabbi in their community. Your local rabbi is aware of the issues at hand and will rule accordingly.

Those who view heter mechirah as a valid sale maintain that heter mechirah produce does not have kedushah and thus may be exported from Israel, bought, sold, and certainly eaten.

While here in Israel, heter mechirah is a vital solution to ensure that the nation is fed and that commerce continues (at this point at least), there are other options abroad that do not undermine Israel's food security or support its enemies.

Many major kashrut organizations abroad do not accept heter mechirah as a valid option, especially as there are other better halachic options available.

For this reason, they, and anyone who does not rely on heter mechirah, view this produce as holy (which is why they instruct people to let it rot).

For those who do not rely on heter mechirah, such vegetables are off-limits due to the sefichin prohibition; the produce would be considered holy and should be left to rot.

See our shemitah calendar here for the dates when produce no longer belongs to the shemitah year:

Before eating Israeli produce, remember to separate terumot and ma'aserot without a berachah since warehouses exporting produce do not necessarily separate them (note: the separation is made with a berachah only for tevel vaday, definitely untithed produce).

Torah VeHa'aretz Institute operates Beit Ha'otzar, a special service that streamlines this process and makes it possible to separate terumot and ma'aserot in a mehudar fashion (among other things, we handle the coin, which involves many complex halachot and allow members to perform the mitzvah of netinah, actually giving the ma'aserot to the intended recipients).

Those who do not rely on heter mechirah should avoid buying Israeli fruit due to several halachic issues:

Issur sechorah: It is forbidden to transact with shemitah produce.

Shamur: The produce was not declared ownerless, rather it was guarded.

Ne'evad: Forbidden work was performed on behalf of the produce.

What happens if you bought heter mechirah fruit by accident?

Most posekim maintain that shamur vane'evad is permitted bedi'avad (ex: Chazon Ish, Rabbi Shlomo Zalman Auerbach). After-the-fact, if the transaction was completed, it also does not undermine the status of the fruit. Most posekim also hold that if already exported, it is permissible to eat shemitah produce.

At Torah VeHa'aretz Institute, following the majority ruling, we are lenient with the four halachic issues above in bedi'avad situations. Furthermore, we maintain that if the fruit was already bought, it is best to eat it following the laws of kedushat shevi'it to avoid hefsed.

However, some )posekim hold that shemitah fruit should not be eaten if it was shamur vane'evad and some even prohibit eating shemitah produce exported abroad even in bedi'avad situations.

Once again, in cases of doubt, it is important that everyone consult with their local rabbi. It is also possible to refer him to Rabbi Moshe Bloom:  052-8903729 h.moshe@toraland.org.il).

Some major kashrut organizations, such as Star-K posted that the majority of produce exported abroad is from farmers who do not keep shemitah at all- not even through heter mechirah. Is this based in fact? Do even those who rely on heter mechirah need to avoid Israeli shemitah exports?

Is all shemitah produce exported from Israel heter mechirah?

The export situation and heter mechirah

Besides otzar beit din etrogim, the vast majority (I cannot say this 100%) of all fresh produce exported during shemitah and this year is heter mechirah (subject to its shemitah status; last year primarily vegetables and now fruits; see the shemitah calendar:  in the link here: shorturl.at/cDNU7).

Initially, I (m. b.) believed, as posted by the Star-K, that exports were by farmers who did not necessarily keep shemitah. However, after further examination, we discovered that the vast majority of exports (during all years!) only come from the major farms (you need to be a big farm to sell to Cosco!), and all of the large farms have performed heter mechirah.

Signing on heter mechirah is easy

There is no reason that farmers would specifically avoid signing on heter mechirah. It does not involve special costs and it's an easy process. Furthermore, after heter mechirah is performed, only the biblically forbidden melachot cannot be performed by Jews: zeri'ah, zemirah, betzirah, and ketzirah, as well as charishah (sowing, pruning grapevines, grape harvest, grain harvest and plowing; about the last there is a dispute whether it is biblical, so the rabbinate forbids Jews from performing this melachah); some posekim even allow Jews to harvest. Farmers generally hire foreign workers to do much of the agricultural work, in any event. In other words, it's not difficult to follow the shemitah guidelines for heter mechirah.

It's actually very easy to check whether a particular company or farmer signed on heter mechirah. It appears here on this website.

Even though there is a small chance that non-heter mechirah produce may arrive in the global market, the chance is so small that it is halachically insignificant. Thus, those who rely on heter mechirah certainly may eat Israeli shemitah produce and this does not constitute assisting wrongdoers (mesaye'a le'ovrei aveirah). 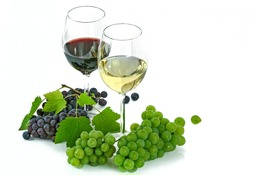 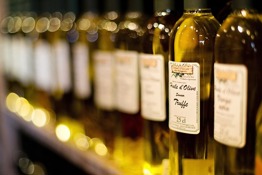