The otzar beit din system was first recorded by the Tosefta (parallel to the Mishnah; Tosefta Shevi'it 8:1-2), and is the first documented system for public management during the shemitah year.

What problem did it attempt to solve?

The Sages were concerned that opportunists would go to the ownerless fields and orchards, pick large quantities, and sell them in the marketplace.

Initially to solve this problem, the rabbinical court (beit din) of each town appointed agents to sit at the city gates. When they saw people leaving the city with large quantities of shemitah produce in hand, the agents left them with a weekly allowance of food and put the rest of the produce in its storehouse (treasury, otzar). In this way, people had their needs met and did not take more than they needed.

The Sages saw that there was a need to streamline the process and distribute food  to everyone in an equitable fashion. How did they accomplish this?

The Tosefta goes on to describe how this was accomplished (specifically for produce that could be processed and stored for a long time):

The court hired workers to go to the ownerless fields and harvest figs, olives, and grapes.
The workers processed this produce: they dried and strung the figs; pressed the olives into oil; and crushed the grapes and produced wine.
The workers then packaged and stored these products in the court's storehouse.
Then, every erev Shabbat the workers distributed these products to every household according to size.

WAIT!! Isn't it forbidden to harvest shemitah produce in large quantities and process it in the usual fashion (as the Tosefta implies)?

We described the actions that the beit din workers performed: large-scale harvest, processing, storage, and distribution

We asked: isn't harvest and processing with commercial tools and in commercial quantity forbidden? How does the beit din have the right to perform these activities?

There are several approaches to understanding this Tosefta (it is mentioned by Rishonim and Acharonim).

#1 Beit din as the hands of the poor

The Rashbash (Rabbi Shlomo ben Shimon Duran, 1400-1467, Algeria) maintains that the rabbinical court acts as agents of the poor and thus receives the power to perform the actions otherwise forbidden during shemitah.

When contacted by Jews living in the Land of Israel in his time who wanted to observe shemitah but were fearful that their non-Jewish neighbors would raid their ownerless vineyards, the Rashbash told them that they could appoint a beit din to guard, harvest, and distribute their produce (based on the Tosefta), since the beit din is acting on behalf of the poor ("the hands of the poor"). This is possibly the first post-Mishnaic account of an otzar beit-din system.

The Chazon Ish (Rabbi Avraham Yeshaya Kareliz, 1878-1953), the major proponent of the modern otzar beit din system whose rulings are relied on for the system today, proposes otherwise:

The underlying point of the shemitah prohibitions is to show that the land belongs to Hashem and not to the owner of the field. Thus, when the fields are worked by agents of an organization who are appointed to distribute food to the public, they are not harvesting as owners of the fields.

The return to Zion and to agriculture in the late 19th century brought with it the need to find solutions to observe the shemitah year.

While using otzar beit din was proposed by several rabbis earlier, a small-scale otzar beit din was first formed in the shemitah of 5670 (1909-1910) with the support of Rabbi Avraham Yitzchak Kook (Rabbi of Jaffa and the colonies at the time, 1865-1935) and Rabbi Chayim Berlin (Rabbi of Jerusalem and eldest son of the Netziv,1832-1912) along with other rabbis of the Old Yishuv of Jerusalem.

While not much is known about the scale and modus operandi of this system, it was the forerunner of the otzar beit din we know today and it was accepted by the perushim and hassidic communities (parallel of the haredi society today).

The Chazon Ish was the pioneer of the modern otzar beit din, whose halachic innovations and rulings form the basis of the system today.

Starting in the shemitah of  5705 (1944-5), the Chazon Ish traveled all over Israel, guiding farmers interested in using the system, especially the Poalei Agudat Yisrael moshavim, such as Yesodot, Beit Chilkiya, and kibbutz Chafetz Chayim.

The halachic innovations of the Chazon Ish include:

Farmers themselves can serve as the agents of the beit din in their own fields, unlike in the Tosefta, where the court appointed its own agents.

The farmers receive a fixed salary for their work, as well as supervisors and others in the distribution chain. Consumers pay when receiving the produce to cover these salaries and expenses.

Activities are permitted also on behalf of the produce – "Ukmey Peira", and not only to save the trees - "Ukmey Ilana".

Even though the produce has kedushat shevi'it, it can be weighed for the purpose of distribution. This circumvents the prohibition of weighing shemitah produce.

The Chazon Ish's solution has enjoyed the support of the majority of Torah giants in both haredi and religious Zionist communities and is viewed as the best viable halachic solution for shemitah observance today. 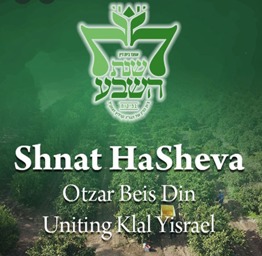 The arba minim during the shemitah year 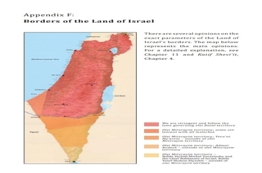 Otzar Ha'aretz – the optimal way to observe the shemitah year