Sources of produce in various types of stores

What are the different between stores during shemitah. What does it mean "Shemitah Lechumrah", "Regular Rabbinate", and Otzar Ha'aretz

I try to buy my groceries in mehadrin stores. I see that such stores have a sign saying "Shemitah Lechumra." What does that mean?

There are various sources of fruits and vegetables available this year: heter mechirah, yivul nochri, sixth-year produce (shishit), imports, olei Mitzrayim, detached platforms (matza menutak), otzar beit din (there is also the southern Aravah, which we will discuss later on).

There are three types of stores:

Any mehadrin store of a local rabbinate or store with any type of Badatz certification means they do not sell heter mechirah or produce from olei Mitzrayim.

They do sell: sixth-year produce (no kedushat shevi'it [k.s.]), yivul nochri (no k.s. according to most opinions), detached platforms (no k.s.). They might have produce from southern Aravah (no k.s.), where shemitah laws do not apply according to many opinions.

Otzar beit din vegetables (do have k.s.) – there will not be any vegetables aside from bananas (available in Osher Ad, since bananas are perennial and not subject to the sefichin prohibition).

In mehadrin supermarkets (Yesh Mehadrin, Osher Ad, Barkol, etc.) there will not be any heter mechirah or olei Mitzrayim produce: salads, cornflakes, snacks, etc. Most products will bear a stamp stating the source of the food (sixth-year, yivul nochri, detached platforms, southern Aravah).

Stores under regular rabbinate certification (not mehadrin) certify heter mechirah, so most vegetables will be heter mechirah. They also certify all of the other solutions: sixth-year, imports, yivul nochri, detached platforms. These stores do not provide otzar beit din.

None of the produce sold at these stores has kedushat shevi'it.

If there is a temporary or long-term shortage of a Otzar Ha'aretz product, the store may order produce that is not from Otzar Ha'artez (heter mechirah or imports), but it should mark the produce as such so that customers will be aware of the source of the produce. 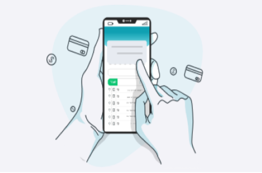